Since the late 1980s, techno has been a growing musical genre having gained a permanent spot atop the charts in only the last five or six years. Now, electronic music is hitting out for its biggest year yet in 2019.

From the growing DJ presence in the summer festival scene to further acceptance in mainstream pop circles, the DJ industry is generating millions in return. As we look ahead in 2019, there are so many DJs on the cusp of becoming the next big thing.

Cities across the world are presenting homegrown DJ talents and there’s been interest in more small, intimate venues for techno music. If you want to find great, contemporary techno this year, check out the top 10 DJs of 2019 – they’re in a class of their own. 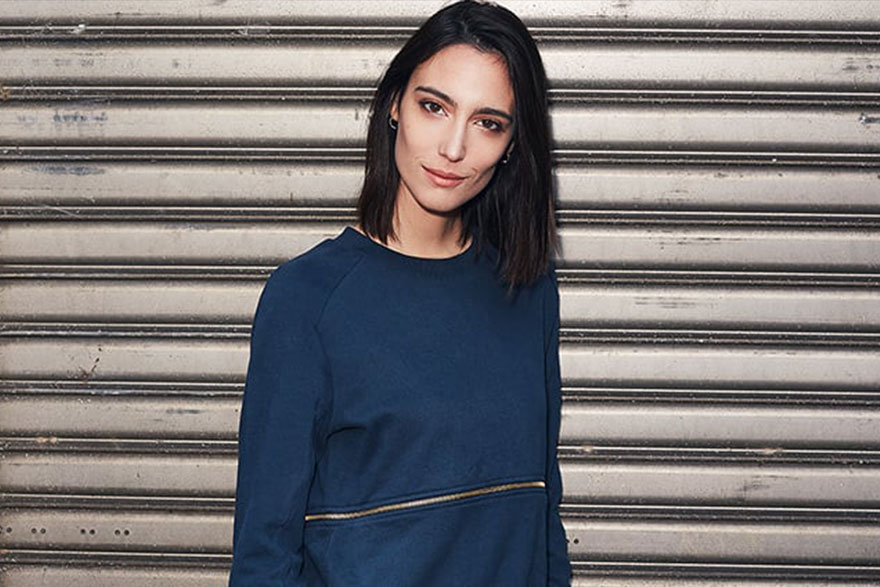 Amelie Lens is a Belgian electronic DJ, well-known for her live sets that mix classic acid, tribal influences, and bass-heavy minimalism. In the last couple years, Amelie Lens has gone from underground hero to headliner across bills with Richie Hawtin and others. Lens’ fans are some of the most passionate in the current DJ world. She continues to tour pretty extensively across Europe and North America, and needless to say, it’s well worth catching one of her sets. 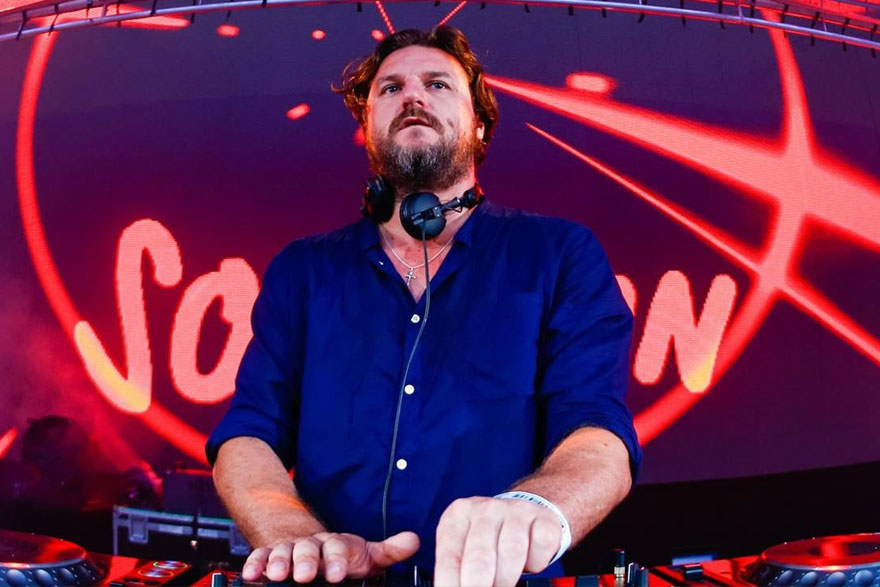 Solomun is a key figure in the German DJ scene and has spurred a set of award-winning performance since 2011. Although he’s never hit it particularly big in North America, he’s one of Europe’s biggest names in the underground scene. Solomun has won audiences over with his unique mix of hip hop, soul, funk, and R&B, and remains one of the biggest money-makers any festival can rely on to bring in the crowd. 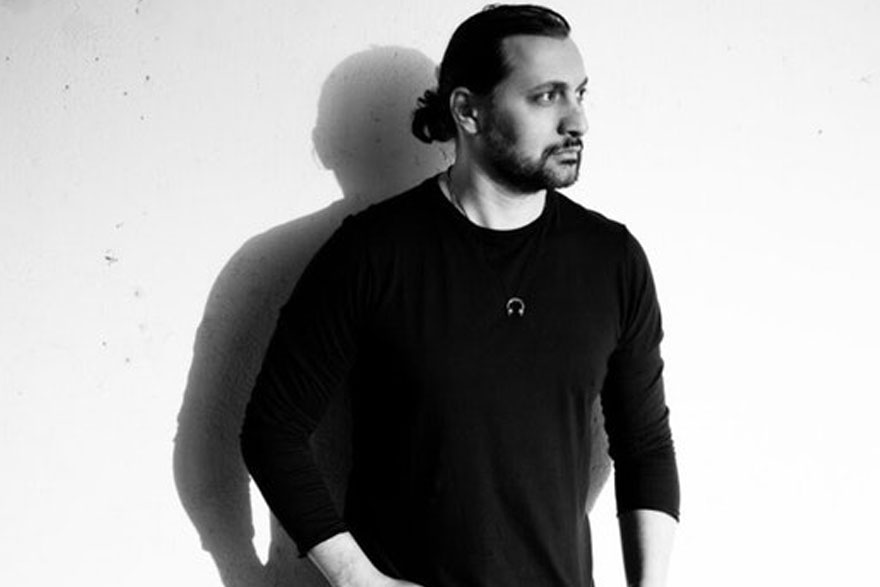 Sharam is an Iranian-born American house & techno DJ well worth a listen for anyone interested in underground dance music. His unique style is rooted in combining the hypnotic realms of techno with melodic house and emotive vocals, creating an incomparable sound that’s often imitated but rarely duplicated. Sharam’s also been highly acclaimed in mainstream circles for bringing his forward thinking productions to collaborations with Kid Cudi, P Diddy, and Shakira, as well as remixes on popular tracks from Coldplay and Bruno Mars. He is also known for his Grammy award-winning remix of Dido’s ‘Thank You’ along with his Deep Dish partner Dubfire. The duo’s collaborations and remixes for the likes of Stevie Nicks, the Rolling Stones and Madonna has paved the way for many electronic acts of the past decade. Sharam’s got more than a half-dozen house hits to his name and has been voted one of the essential DJs of the decade. 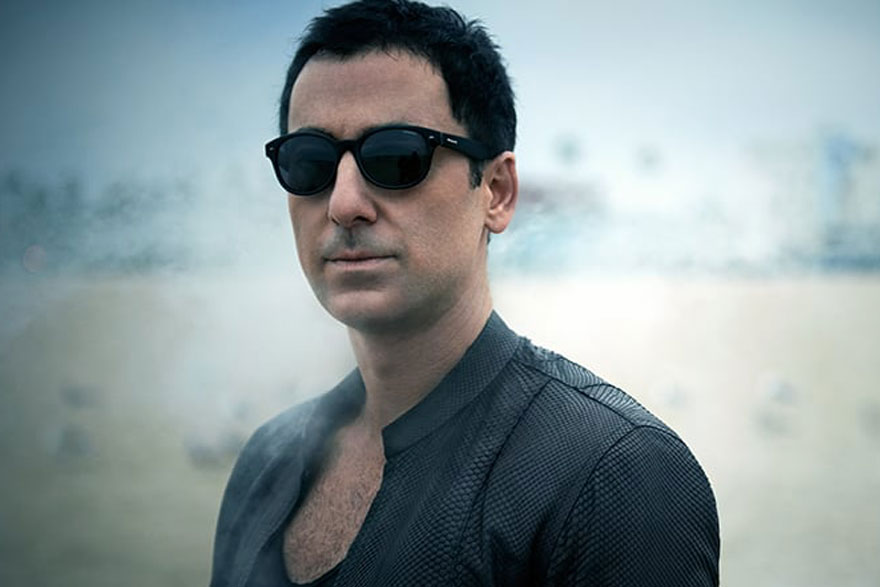 Dubfire is also an Iranian-born American house DJ although his style is set further into techno than the progressive house music and remix-style of Sharam. A lot of Dubfire’s more recent work has highlighted other artists, including co-producing tracks with electronic act Underworld and working on a collaborative project with Oliver Huntemann. Beyond these projects, Dubfire’s independent productions continue to garner acclaim from Beatport, BBC Radio, and DJ Magazine. 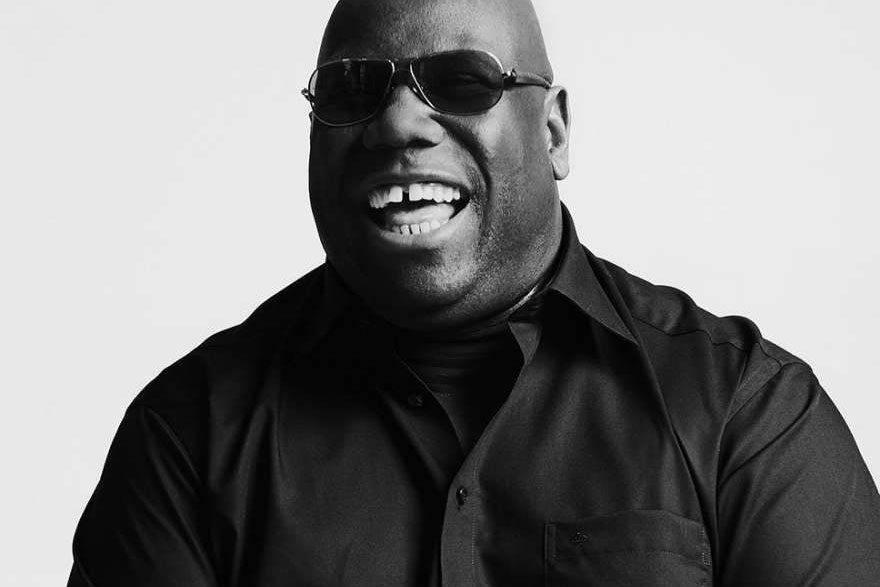 Since the 1980s, Carl Cox has been a fixture in the British techno scene and has been an important figure in advancing techno music worldwide. He’s spun for BBC Radio 1’s Essential Mix, hosted a summer residency between 2001 and 2016 at Space Ibiza, runs his own record label, and routinely presents himself under the guise ‘Carl Cox & Friends’ at popular electronic music fesstivals. Cox continues to be a name around which a lot of up-and-coming artists in 2019 will appear. 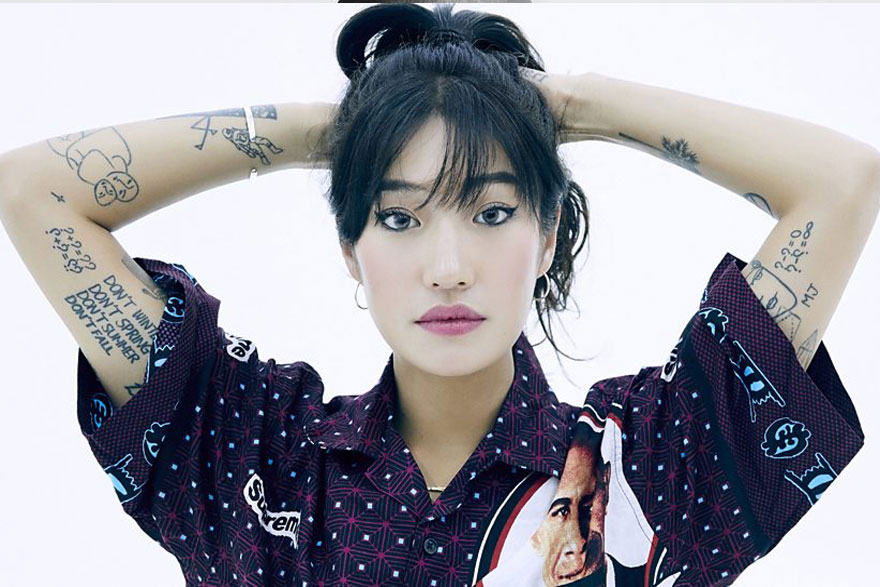 Peggy Gou is a Korean artist based in Berlin who has gained a lot of attention for her impressive mixes, seamless and searing live sets, and some very diverse productions. The live sets alone Peggy Gou has been able to get done in the last couple years has made her a force to reckon with in the DJ world. Bouncing between groove-filled house and techno, Gou’s another example of how house music is changing and moving through new technologies. 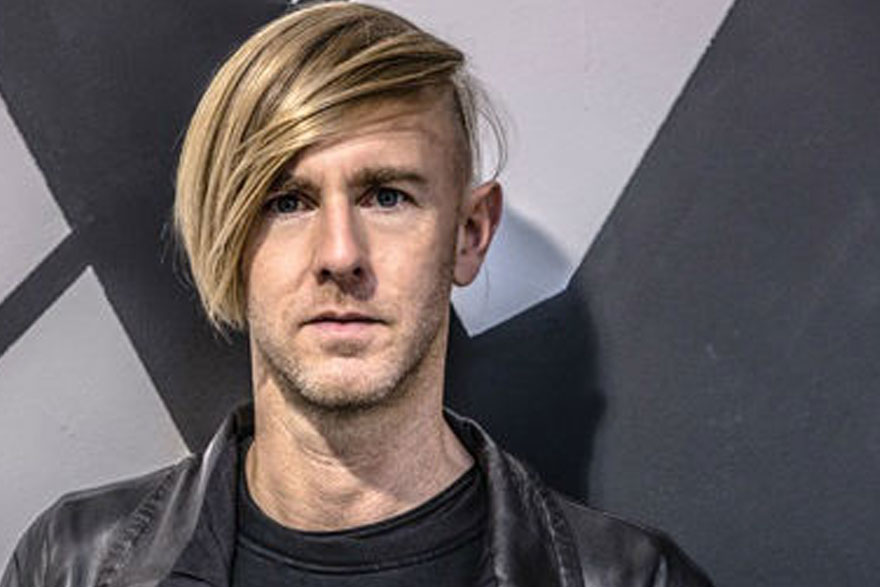 Richie Hawtin is a truly international artist, living between the UK and Canada, and having been a huge influence on the Detroit techno scene in the 1990s. For nearly two decades, Richie Hawtin has continually appeared on lists of ‘best DJs’, ‘best techno DJs’, and ‘best international DJ’. If anyone’s seeking an introduction into minimal techno, you can really get a feel for this kind of music in Hawtin’s discography from the mid-1990s onwards. 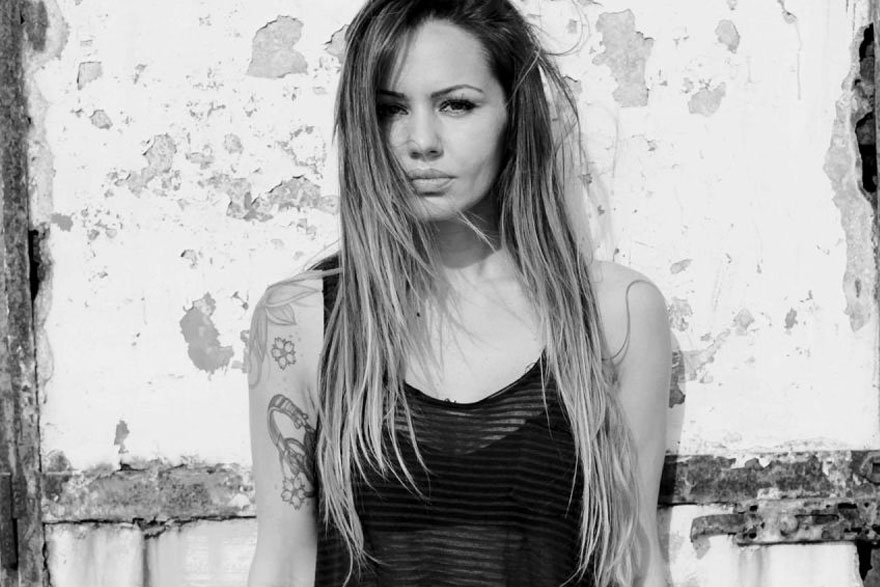 Deborah de Luca is an Italian DJ and has been building a growing audience for over a decade now. In 2019, the DJ scene continues to accommodate a sizeable female presence and at the top of the list of DJ elite is no doubt Deborah de Luca. Although lesser known than some of the other names on this list, her music’s not any less adventurous. Feel free to check out some of de Luca’s tracks on Soundcloud for a quick glimpse into what she can do. 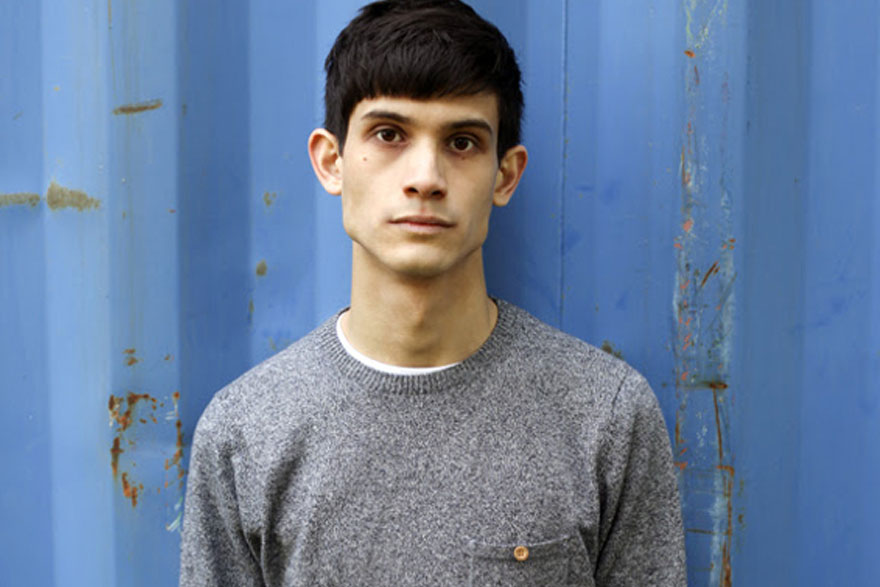 Objekt’s polyrhythmic mixing style has thrown some real innovation into the mix, in addition to having more accessible hits that have received their fair share of airplay. A sign of the times, Objekt is one of several DJs genre-hopping and throwing in their own inventive flare over anything they touch. This Berlin-based DJ and producer is one to watch out for ahead of 2019! 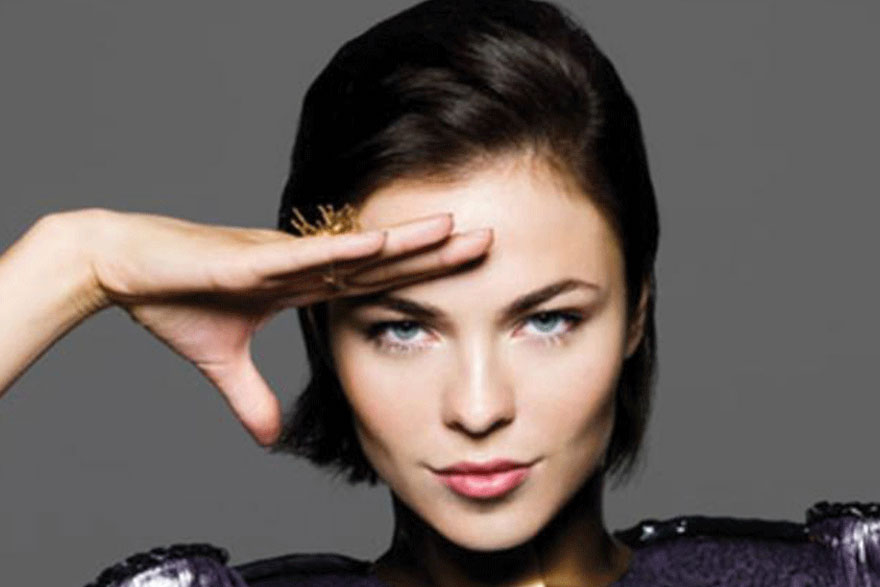 Nina Kraviz is a Russian DJ, producer, and singer. Slowly growing her fanbase over the past decade, Kraviz’ record releases have turned heads but it’s really been her live sets which have won over the industry. Since 2014, she’s hit all of the world’s biggest festivals, is regularly given the title of the world’s best DJ, and continues to spur debate surrounding implications of femininity and sexuality in electronic music.

2019 is likely to be a year of uncompromising, raw, and rough-edged with new DJs rising up and a lot of multi-decade, award-winning DJs still holding their ground. It’s a bad-ass time to be a DJ. The world’s caught up with electronic music and cities everywhere from Canada to the United States, the UK, South America, the rest of Europe, and Asia are building their own DJ scenes. Looking ahead, we can’t wait to see what high-profile projects are on the release deck and which DJs thrive in live sets. These are just a few of the most versatile, best DJs in 2019 to pay attention to, whether you’re catching them in a large festival setting or in a smaller, more intimate venue.