As any music genre ages, eventually one ends up with some key figureheads as representative. In the 1960s, rock music was more or less still brand new. As it grew up through the 1970s, 1980s, 1990s, and into today, new stars were created along the way but a lot of the older successes continued putting out quality music. The Rolling Stones still sell out 75,000-seat stadiums on a regular basis and they are perhaps the most obvious example of this.

When we talk DJing, a lot of today’s technology is still new but the process of DJing has been around for decades. The DJs which cut their teeth in the late 1980s or 1990s haven’t disappeared, despite the prominence of a new crop of DJ talent. Quite the contrary, they are some of the most successful and profitable DJs in 2019. An audience of 20-somethings may not know they’re listening to bangers from a guy in his 40s or 50s but, in some cases, they are.

DJ venues have exploded, as have dance festivals and EDM music-making tech. Even pop music’s borrowing so much from DJs in order to make a buck. Here’s a short list of some of the world’s oldest DJs who are still at the top of their game and selling out venues in Canada, US, Europe, and all over. 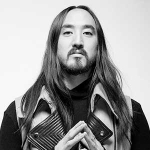 Steve Aoki is 41 years old and has been producing tracks since the late 1970s although you’d never know it based off his recent output. Still on top of trends and going strong with chart success after chart success, Steve Aoki is a machine. Aoki is also a proudly runs his Dim Mak Records and feeding the EDM market with his signature sounds. 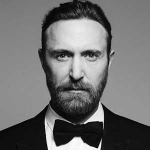 David Guetta is 51 years old, boasting one of the most impressive DJ careers to date with more than 9 million albums and 30 million singles sold worldwide. He’s been active in the DJ community since 2001 and as the genre has grown, so has his reputation. David Guetta is regularly referred to in EDM media as the ‘grandfather of EDM’ for these reasons’. 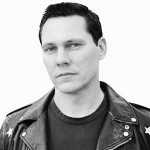 Tiesto is 50 years old and is considered to be one of the best – if not, the best – DJ in the last 3 decades. Like David Guetta, Tiesto has been referred to by the similar nickname ‘Godfather of EDM’. Since 1994, Tiesto’s produced dozens of award-winning collaborations and in 2004, became the first DJ to ever play live at the Olympics. 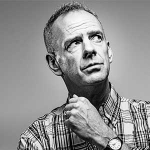 Fatboy Slim, the man behind the 1990s-era hit ‘Praise You’, is still going at age 55. He continues to release albums, remixing tracks from A Tribe Called Quest, Beastie Boys, Groove Armada, and others. Although Fatboy Slim’s never been able to duplicate the worldwide success of ‘Praise You’, his recent 2013 single ‘Eat, Sleep, Rave, Repeat, reached #1 on dance charts in select countries. 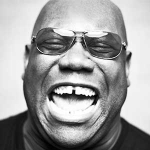 Carl Cox is 56 years old and is a huge influence on contemporary house music, electronica, and DJing. Carl Cox is not a name that gets included along the others on this list in mainstream publications but that’s only because he keeps a lower profile. Carl Cox continues to tour across festivals like Ultra and Tomorrowland, introducing audiences to his unique stylings. 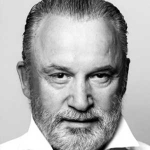 Italian Giorgio Moroder is 79-years old and easily the world’s most well-known senior DJ still going. Giorgio is also a songwriter and a record producer, dubbed the “Father of Disco”. Moroder’s contributed to 1970s disco-era records from Donna Summers and other, released the first electronic live-to-digital record in 1979, collaborates with Daft Pink, and still performs.

A DJ’s career length has no end. It’s not an activity that requires as much physicality as a pop singer, it’s not a genre so fixated on the appearance of the artist like hip hop and rock music, and DJ tracks have proven to be timeless. No matter how old you might be or where your career’s at, as a DJ, you can always bring it back with a dazzling hot track.