What matters most to you when you’re out at a nightclub with friends? Do you plan on going somewhere super busy with lots of party patrons in attendance? Do you want somewhere with super affordable VIP/bottle service? Perhaps a spot with various decorums lying around or the hottest rooftop terrace in town which provides the perfect background that’ll nab you thousands of likes on Instagram or Tumblr?

Maybe you care about all of those things. Or maybe none of those matter to you. Maybe all you want is to just be around some of the most beautiful and lively people in town, jamming out to the DJ’s electrifying selection of dancefloor standards. One factor, which you may not account for is just how appealing the DJ themselves looks. When they’re up in the booth, it’s their job to both keep the crowd invested into what they’re playing and to liven up the room, so if the music being played is well-received by the patrons and the DJ looks as good as they spin, it’s all but guaranteed that they’ll be immensely popular throughout the night, creating offers for even more DJ slots in the future.

Ever thought of pairing a busy mixbus with a killer lipgloss? It could do more than you may realize.

That being said, it’s not like the world’s most famous DJs are exactly known for their sex appeal, either. Then again, when you ask someone to name a famous DJ, they’ll likely name someone like David Guetta, Calvin Harris or Marshmello, the latter of whom has no sex appeal whatsoever – he doesn’t show his face! At least 95 times out of 100 the DJ mentioned will be a male act.

For instance, on DJ Mag’s list of top 100 DJs, as of this article’s publishing date, just 13 acts listed are women. Only one of these acts, the Aussie sister duo Nervo, sits in the top 20, but they’re only just hanging on. A quick look through their social media profiles suggests that they like to focus more on their music and their art rather than using their appearance as a selling point, but there is certainly no shortage of glamour shots across Olivia and Miriam’s posts. In fact, in their most recent video for the Paris Hilton-assisted “Pickle”, they have no qualms about using brined gherkins as an innuendo veiled thinner than a hair, so they’re certainly willing to incorporate sexuality into their music. That doesn’t necessarily equate to sex appeal.

Conversely, artists like Dutch EDM sensation Martin Garrix, who is placed at #3 on the list, don’t have to rely on their appearance that much as they get billions of streams as is. Although, for someone on Garrix’s level, whose appearance is very clean-cut as is, it definitely helps to collaborate with artists who’ve made their looks a strong part of their brand such as Bebe Rexha, Dua Lipa, Troye Sivan and Tove Lo. 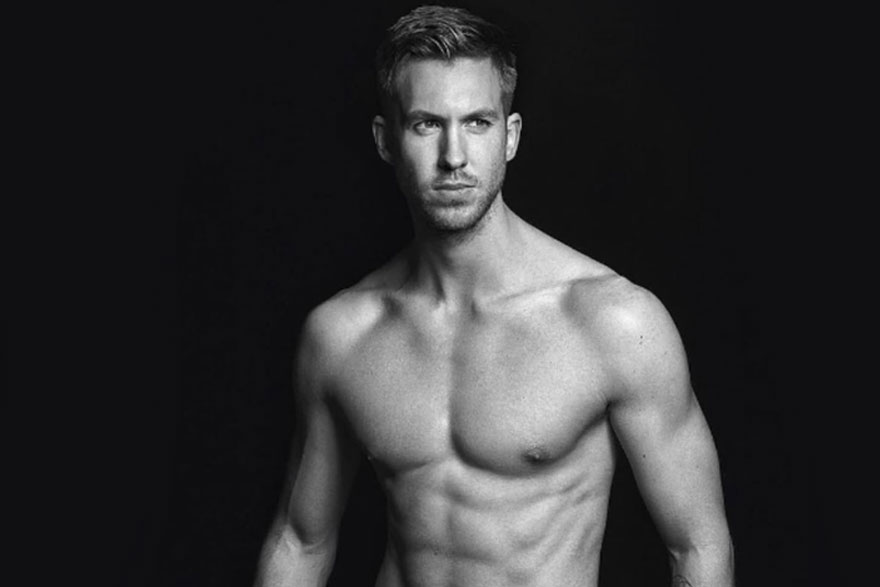 The only reasonably recognizable DJ on this list who has considerable sex appeal is most likely Calvin Harris, and even then, Calvin’s music is largely the first thing which comes to mind when his name is mentioned. Though it’s certainly a helpful boost to his image when his dashing appearance is recognized alongside his work. By contrast, when evaluating DJs based on pure sex appeal, EDM Droid’s 2019 list of top 25 sexiest DJs is all women, save for #18 Dee Iris. None of the names on either list overlap, oddly enough.

Over the decades, there have been more than a handful of behind-the-scenes DJs who’ve managed to accrue immensely prolific and successful careers without needing to rely on their appearance much since they’re not as publicized as the previous names mentioned. From the top of my head, names such as Stuart Price and Paul Oakenfold come to mind, producing and remixing hit songs for big-ticket artists like Madonna, Britney Spears, Bruno Mars and Justin Timberlake. Similarly, DJs such as Wuki, Annie Mac and Blessed Madonna, all of whom are electrifying stage presences at any festival, are just as, if not even more known for their work offstage, especially Mac for her longstanding stint on BBC Radio.

To reiterate an earlier point, a DJ will always have the eyes and the ears of the audience captive whenever they’re performing a set in the booth. There’s no obligation on their part to look as good as their mixes sound. But there is certainly no harm in touching up their face and their wardrobe for the audience and the cameras.