As a Funktasy Magazine ritual, each year we shine light on some of the best international artists, Techno DJs and producers. It’s not an easy task narrowing down so much talent to only select the best 10.

As we look ahead in 2021, there are so many DJs on the verge of becoming the next big thing. Our team of writers do extensive research on each candidate and put into consideration their production, release frequency, live performance & streaming, fan base… In no specific order, we bring you Top 10 Techno DJs for 2021. 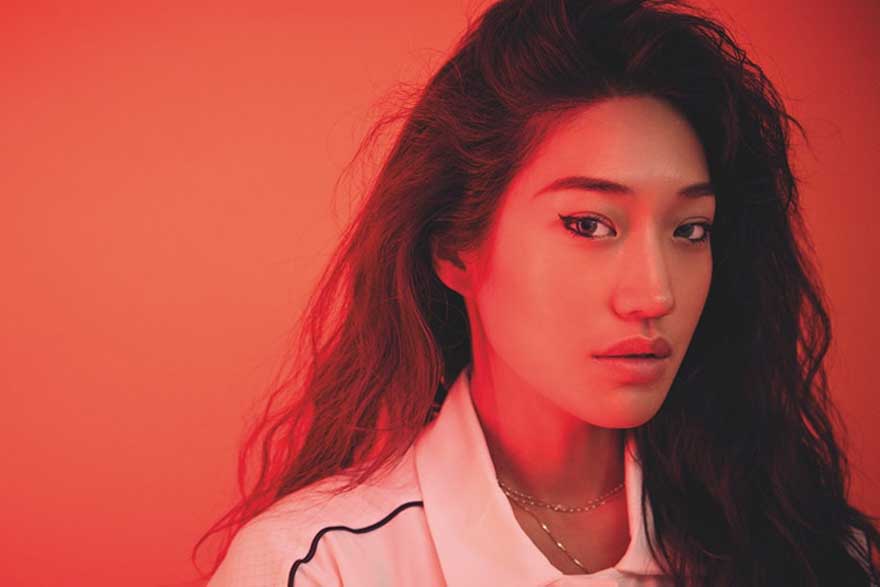 The Korean DJ, producer, and fashion icon, now based in Berlin, jumped into the international scene in 2016 when releasing 4 separate EPs on 12” vinyls. She’s followed up her success in the music scene with notable releases in the following years with masterpieces, such as “Once”, where she first sung on her own record. As a fashion graduate, Peggy Gou has continuously surpassed herself and the techno scene to become one of the most appreciated DJs/producers. 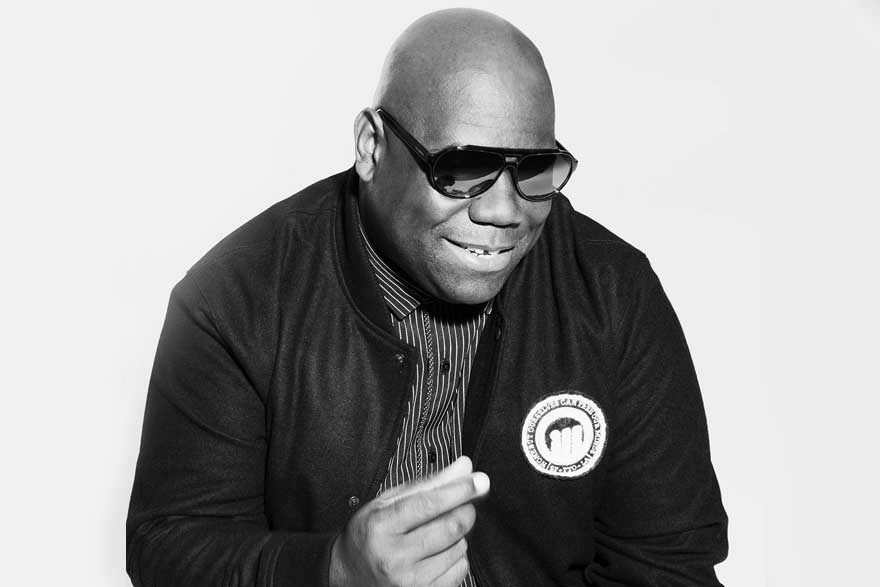 A top ten DJ list cannot be completed without the mention of Carl Cox. He is one of the most recognisable names of the Techno and House scene on top of being known as one of industry’s most charming personalities. As a pioneer of the art he also operates his own label – Intec Digital. One of the most experienced veterans of the Techno & House scene, Cox has cemented himself as the King of Ibiza from his countless years playing on the electronic music island – including a 15 year residency at Space Ibiza. If you’re looking to crack open a cold one and enjoy yourself on a hot beach, a Carl Cox mix is guaranteed to hit the spot. 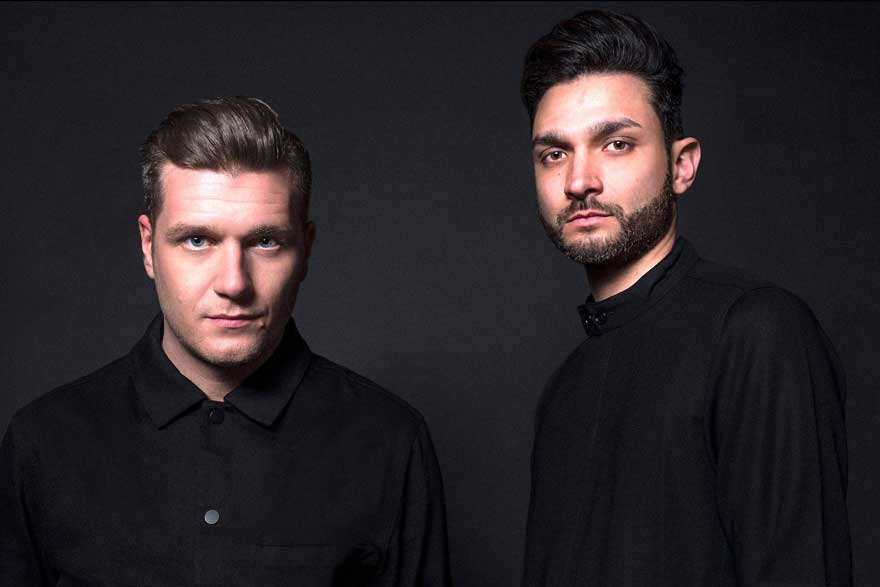 The name of the Swiss DJ Duo Adriatique originates from both members names, Adrian Shala and Adrian Schweizer. The two first met in 2008 and started producing Techno and House Music together in 2009. In 2016 they founded a record label called Siamese Records, through which they have released most of their music. Their latest release “Hello” featuring Marino Canal and Dehia de France can be found on YouTube and all Streaming platforms. 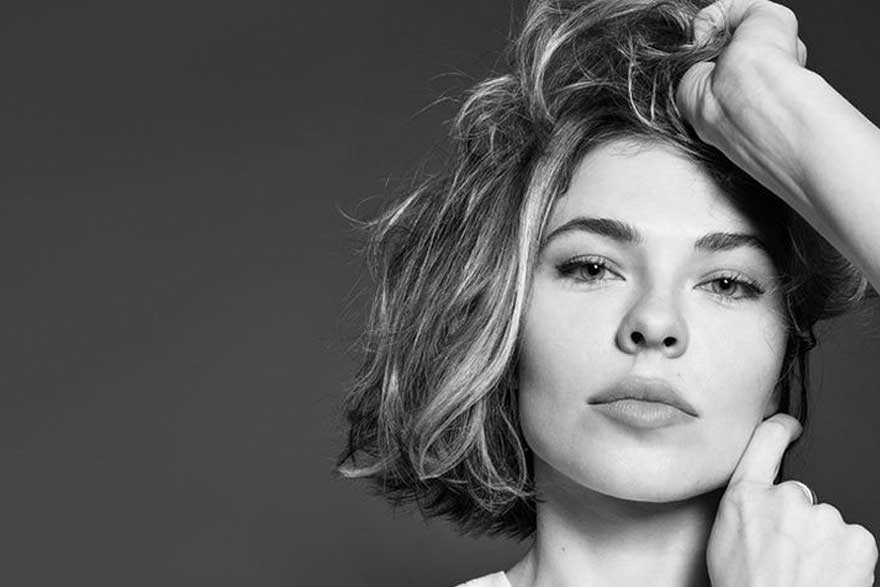 Nina Kraviz is a Russian DJ and music producer who was not always destined to be in the studio. In the early 2000’s she studied dentistry and worked in Moscow before attending Red Bull Music Academy Melbourne in 2006. She originally was accepted to Red Bull Music Academy Seattle in 2005 but was not able to travel due to visa restrictions. Most recently she hosted a live Youtube set for a Beatport fundraiser during lockdown. 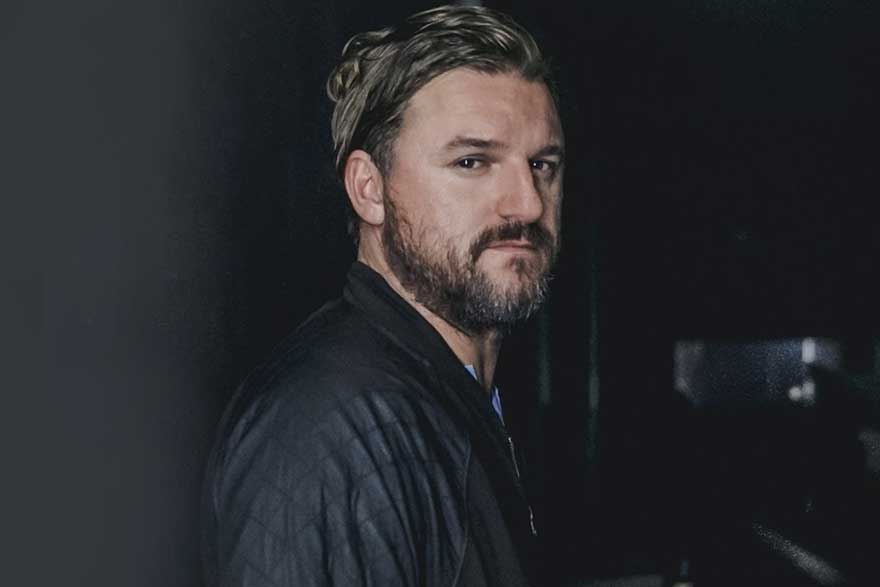 The German-Bosnian DJ started mixing in 2002 and started producing his own music in 2005. His career took off a year later when he founded his own record label, Diynamic. Today he is a well-known 4 time DJ Awards winner for Best Producer, Best DJ, and Best Melodic House DJ. Solomun also owns a nightclub with his sister in Hamburg, Germany. His latest release “Home” can be found on Youtube and already has over 1.5 million views. 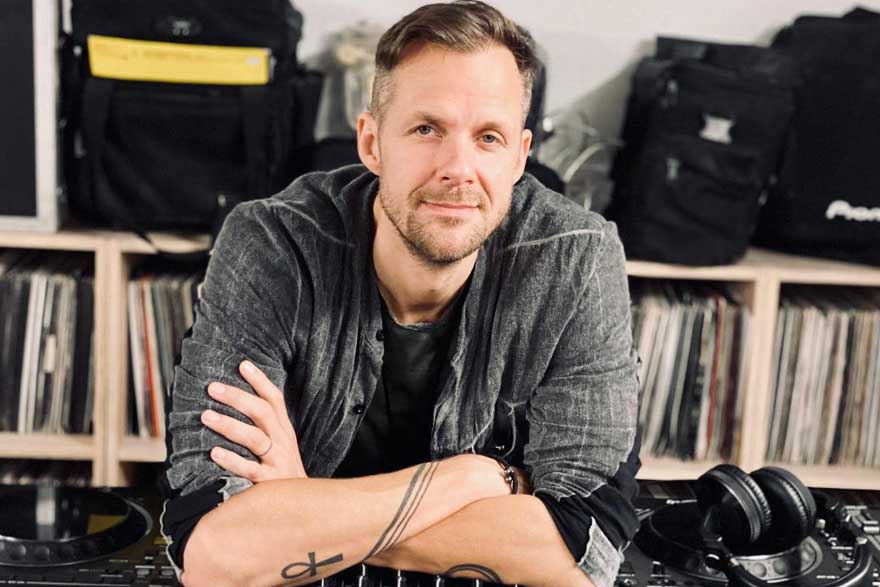 Being the Swedish juggernaut DJ that he is, Adam Beyer has not rested through the 2020 pandemic. Benefiting from his mixing experience since the 90s, he delivers mix sessions showcasing his well-refined DJ skills that he is known for. Beyer has released his music and mix sessions through numerous outlets, such as both of his labels Drumcode an Truesoul. His hard work, smooth Techno, and outstanding mixing skills is what makes him one of the best Techno DJs globally. 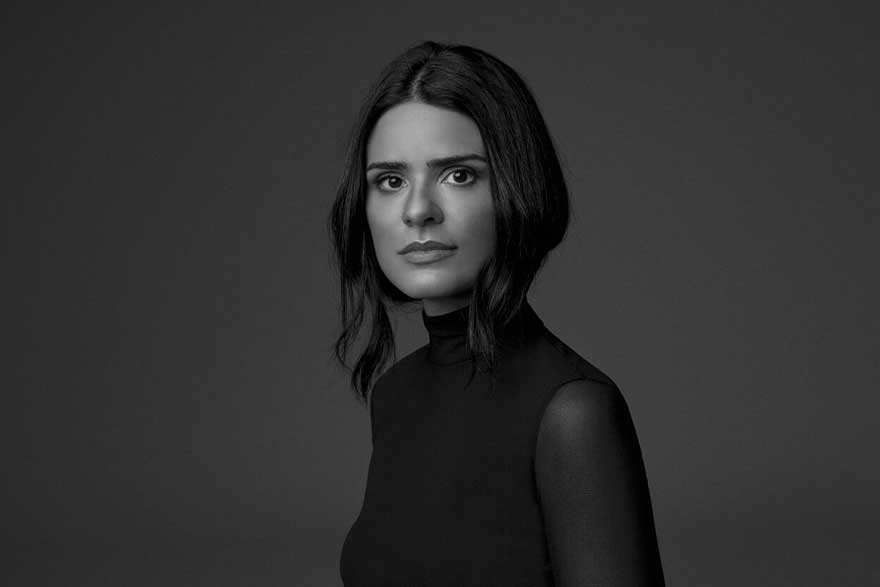 The Brazilian DJ ANNA started her career at the age of 14, when she started spinning at a local nightclub just outside Sao Paulo owned by her father . Since, she has had shows at Warung, D-Edge and Time Warp Brazil, making her a local legend. Globally she is in more demanded than ever, playing everywhere from Awakenings, Tomorrowland, DC10 and Block in Tel Aviv. To get a better understanding of what ANNA is capable of, check her vinyl DJ set for Cercle from last February, which is already at 3 million views. 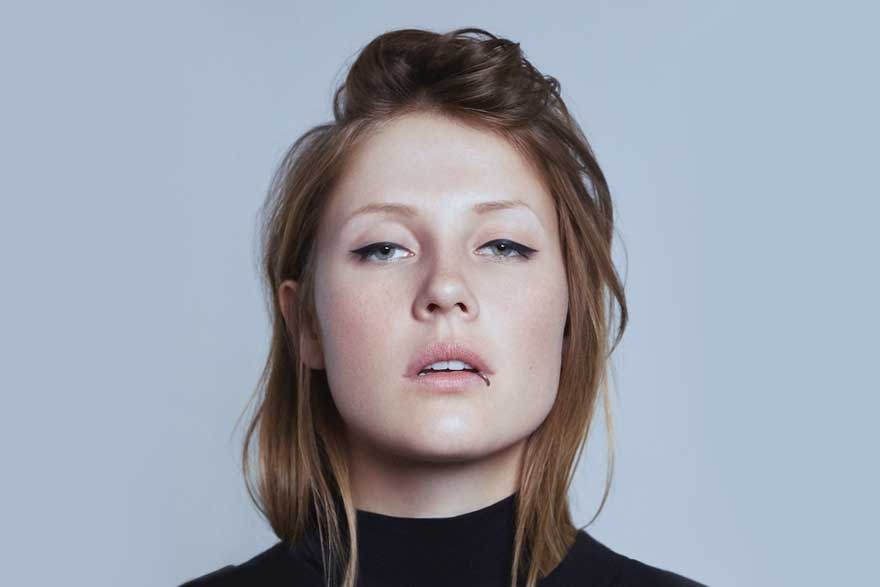 The Belgian born DJ is one of the most prominent and sought-after names of today’s electronic music scene. With prestigious residencies at BBC Radio 1, numerous awards, constant appearances on Mixmag and DJ Mag, as well as being one of the only DJs to bring Techno to the Tomorrowland 2020 NYE’s main stage, de Witte owns a no-sleep mindset that only a few can keep up with. 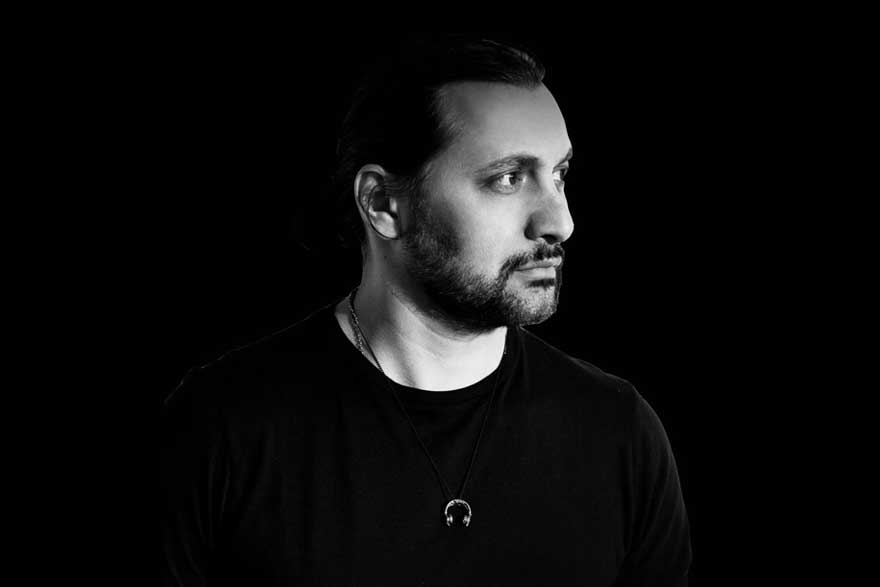 Sharam is an Iranian-born DJ based in the US who offers such a unique twist to Techno. His style is often imitated but rarely duplicated. The underground dance scene is full of talented artists and skillful DJs/producers but Sharam stands out by combining rhythmic realms of Techno with melodic house and emotive vocals. Not only is he recognized for his grammy award-winning remix of Dido’s “Thank You,” but the talented DJ/producer is also reputed in the mainstream world for bringing forward intuitive sounds to collaborations with Kid Cudi, Shakira, and more. Sharam’s unique styles from the underground along side his experience in the mainstream realm makes him a very versatile artist and his integration into both spectrums of the music world is what makes him stand out. 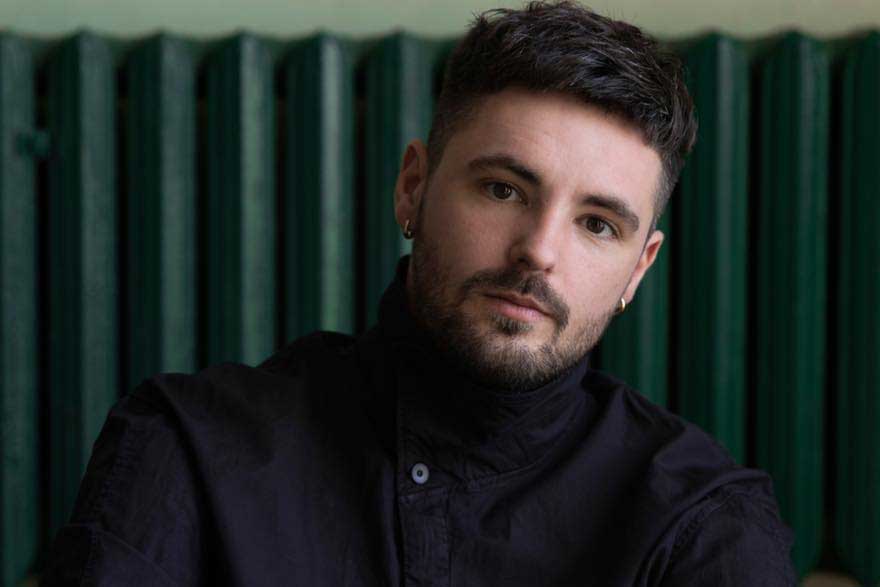 Jamie Roberts, also known as Blawan, is a U.K. born DJ with over a decade of international recognition in the underground scene. He came onto the scene after the meteoric rise of dubstep in the early 2010s. He continues to redefine himself, his sound and his genre by moving in and out of dubstep to where he is now. His music today is quite high tempo and very fast rhythmic Techno and he gravitates to a darker style with each release.

We take pleasure in introducing artists and DJs from around the world. The world appreciates electronic music as communities everywhere from Canada to the United States, the UK, South America, the rest of Europe, and Asia are building their own DJ culture.
With many upcoming releases and performances by so many talented DJs, including Funktasy’s own Artists, we cannot wait to see which DJs will dominate the dancefloor.
We look forward to our 2022 Top Techno DJs.