House began in the mid-1980s in Chicago’s underground club music scene. Since then, the subculture’s grown to be a worldwide movement with DJs from continents all over delivering interpretations and re-interpretations of one of our most unique electronic music genres.

This article’s all about giving attention to the DJs heating up the house scene this year. The best house DJs of 2020 are mixing together institutional-esque classic sounds with progressive electronic influences, pushing the genre forward into places it’s never been before. 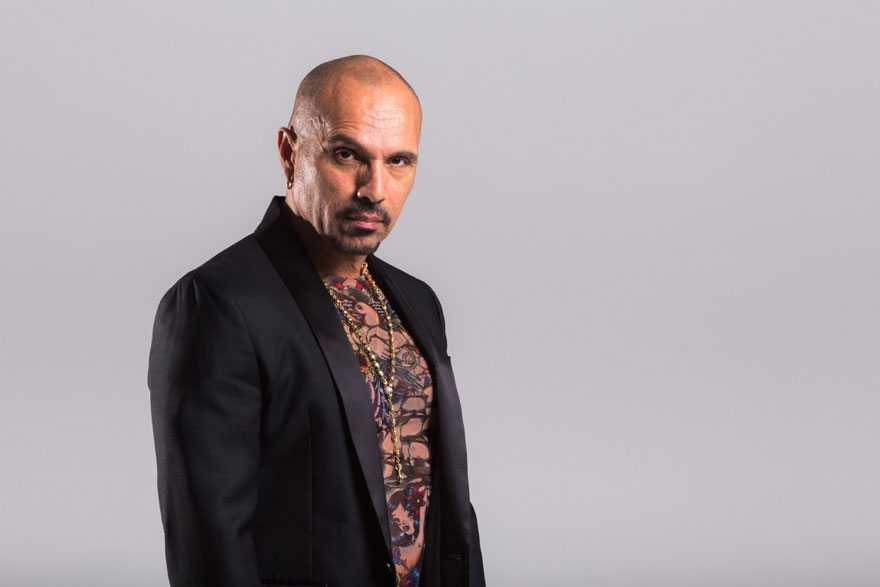 David Morales is a New York-based Puerto Rican-American DJ. He is believed to have been the first major superstar DJ, gaining a reputation at clubs over the globe, contributing to DJ compilations and radio shows, and more. David Morales is, for all intents and purposes, somewhat of a legacy act. His last major releases came in 2012 with his album ‘Changes’. Throughout the past couple of years, he’s released collaborations with Janice Robinson on ‘There Must Be Love’ and ‘Freedom’. 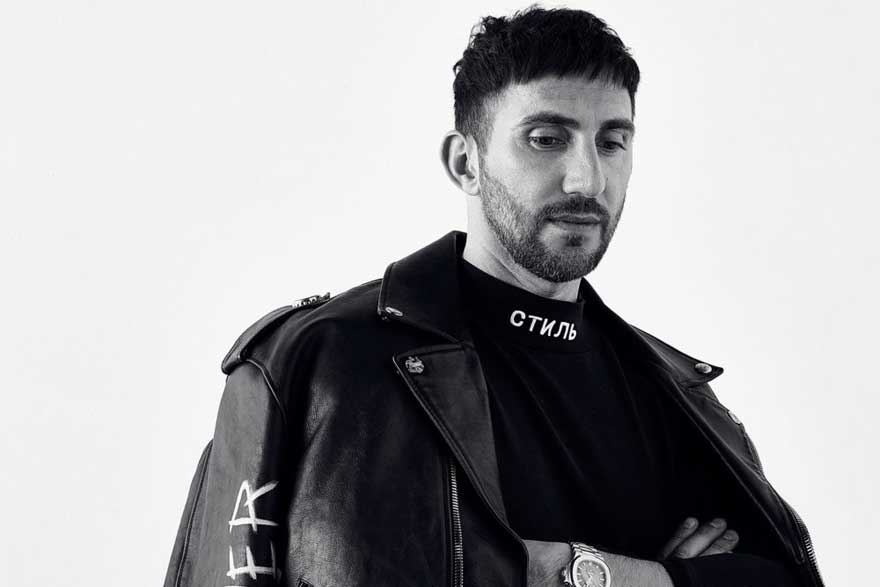 Daley Padley, also known as Hot Since 82, is a British DJ, house music producer and DJ Awards winner. Based out of Leeds, UK, he has been releasing music under the Hot Since 82 moniker since 2012. After collecting some of his initial singles and remixes as Hot Since 82 on the 2013 full-length Little Black Book, Padley founded Knee Deep in Sound in 2014 and continued releasing singles and mix CDs on the label, as well as others such as Truesoul and Moon Harbour. With an array of future releases and remixes, and his burning passion to produce quality house music, we are guaranteed to see more from Hot Since 82 in the years to come. 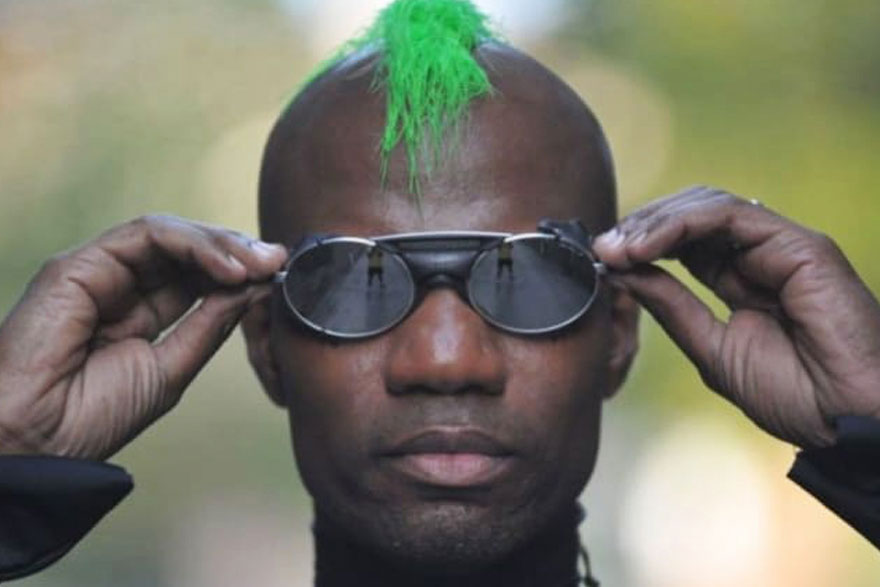 Green Velvet is a Chicago-based house DJ active in the scene since the early 1990s. Green Velvet’s house music takes inspiration from Prince, Kraftwerk, Gary Numan, David Bowie, and Sly And The Family Stone. The peak of his commercial success came in the mid-1990s through to the 2000s. Since becoming a born-again Christian in 2006, Green Velvet has remained active in house music. Most recently, in 2014, he launched a collaborative project ‘Get Real’ with Claude VonStroke. 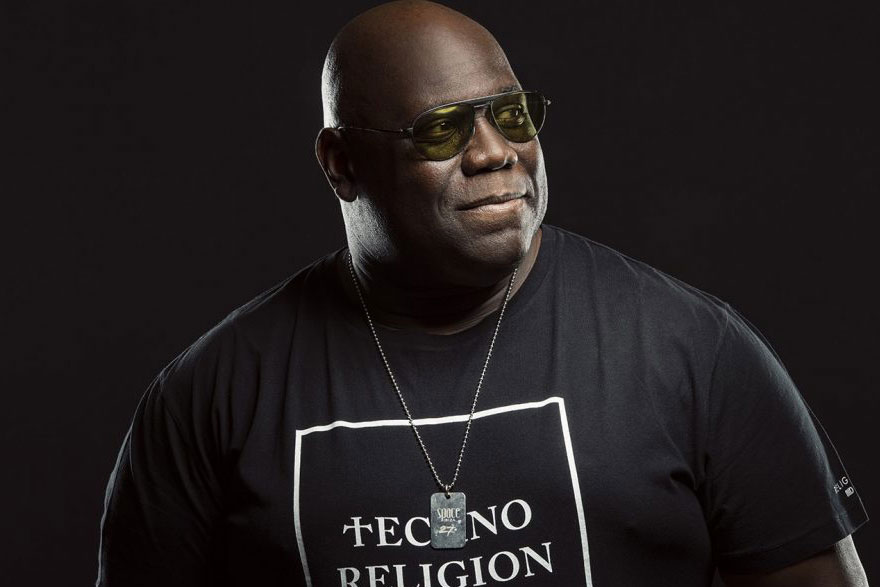 Carl Cox has been a fixture in the house music scene in the UK since the 1980s. From a 16-year residency at the acclaimed Space Ibiza which ended in 2016 to the touring Carl Cox & Friends, this is still a DJ you want to include on any list of top DJs in 2020. Industry analysts have been assuming his retirement since 2017, however, Carl Cox continues pushing forward. With him, he’s brought dozens of others. Carl Cox has helped create festival opportunities, record label releases, and more. 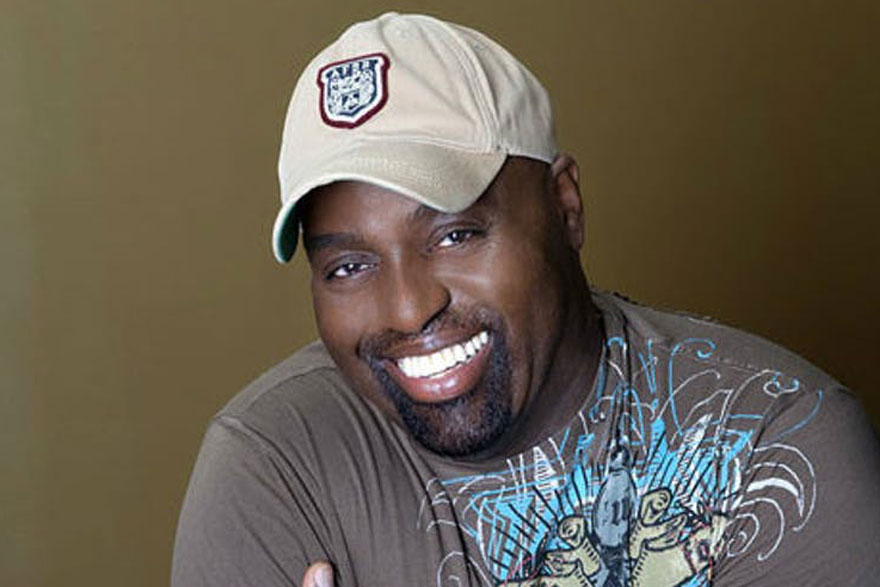 Frankie Knuckles was a New York-based house DJ and a key figure that helped in popularizing the genre. Active since the late 1970s, Knuckles was there in Chicago when it all started. He’s earned his nickname ‘The Godfather of House Music’. Unfortunately, Frankie Knuckles passed away in March 2014 from complications relating to Type II diabetes. Why Knuckles is on a list of top house DJs of 2020 is because his influence still carries. You can hear his influence in a lot of Chicago house DJs to this day. Frankie Knuckles remains a well-respected name in the scene, hardly forgotten. 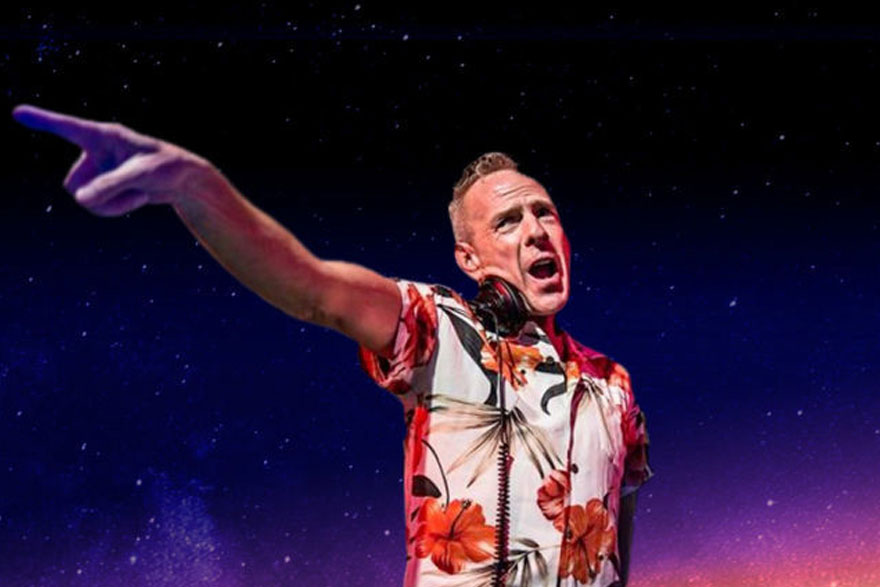 Fatboy Slim is a UK-based house music DJ. Since Norman Cook adopted the Fatboy Slim persona in 1996, the success came quick. Hits like ‘The Rockafeller Skank’, ‘Praise You’, ‘Right Here, Right Now’, ‘Weapon of Choice’, and ‘Wonderful Night’ are stone-cold classics. Fatboy Slim’s most recent work has included 2013’s hit ‘Eat, Sleep, Rave, Repeat’ and 2017’s ‘Where U Iz’. He continues to represent house music at electronic music festivals as he does at more mainstream, multi-genre festivals like Glastonbury. 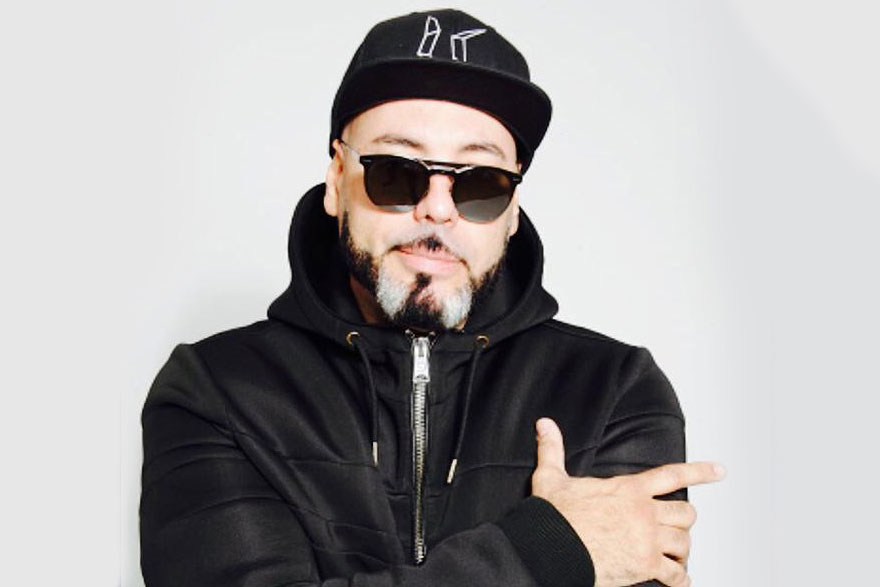 Roger Sanchez is a Dominican-American house DJ, Grammy Award-winning remixer, and producer. Sanchez is a four-time winner of Best House DJ at the DJ Awards, achieving it last in 2007. A lot of Sanchez’s best work arguably has come in the decade before last. Since 2014, he hasn’t released very much in the form of house music nor remixes. That said, Roger Sanchez continues to give back with festival sets, live performances, and giving a stage to other electronic house music DJs. 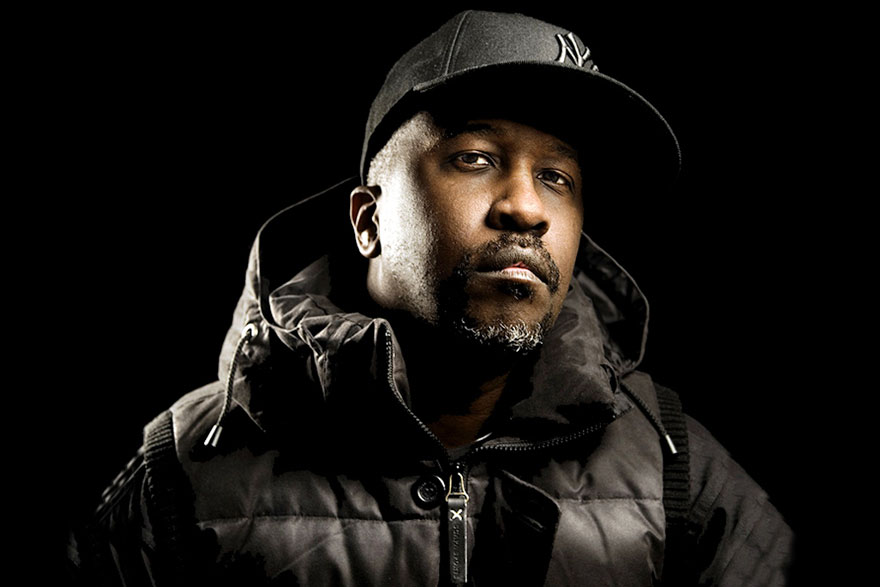 Todd Terry is a New York-based house DJ known to blend sounds of classic Chicago with disco and elements of hip hop. In the late 1980s, his work was considered the most influential with crossover remixes of house and rave. In the 1990s, he collaborated with vocalists to achieve dance music hits all over the world. In the last 20 years, Todd Terry has been focusing a lot on collaborations and elevating other DJs. He is one of the more regional producers on this list, focusing on creating the best, most inventive content as opposed to touring festivals and prioritizing international exposure. 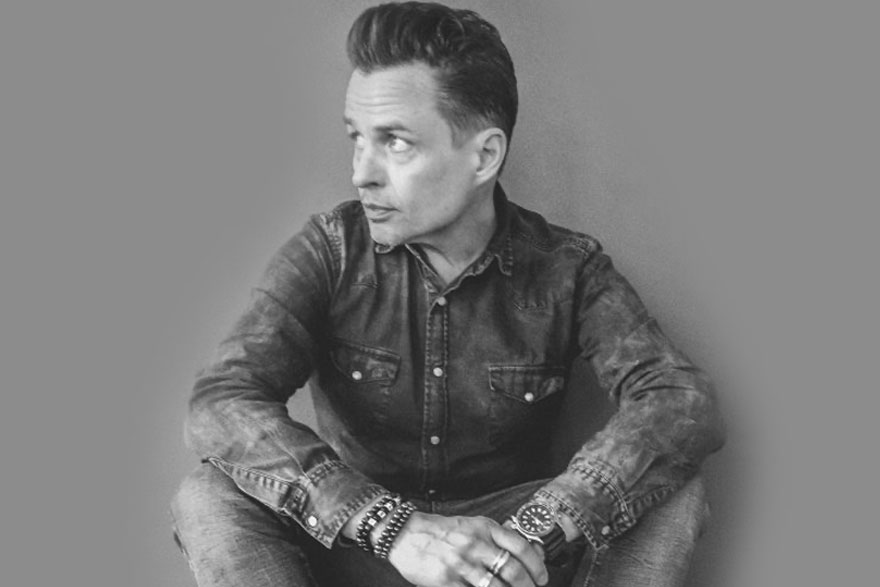 StoneBridge is a Swedish-based house DJ who first achieved success with his 1993 Robin S. collaboration ‘Show Me Love’. He’s continued since then with a long history of successful DJ singles and remixes including most recently Ariana Grande’s ‘No Tears Left To Cry’. For his work, he’s received Grammy Award nominations, the BMI Songwriter Of The Year, and more. In 2020 StoneBridge contributed to the remix of Funktasy’s No Xplanation by MC Mario & Hoss. Listen on Spotify. 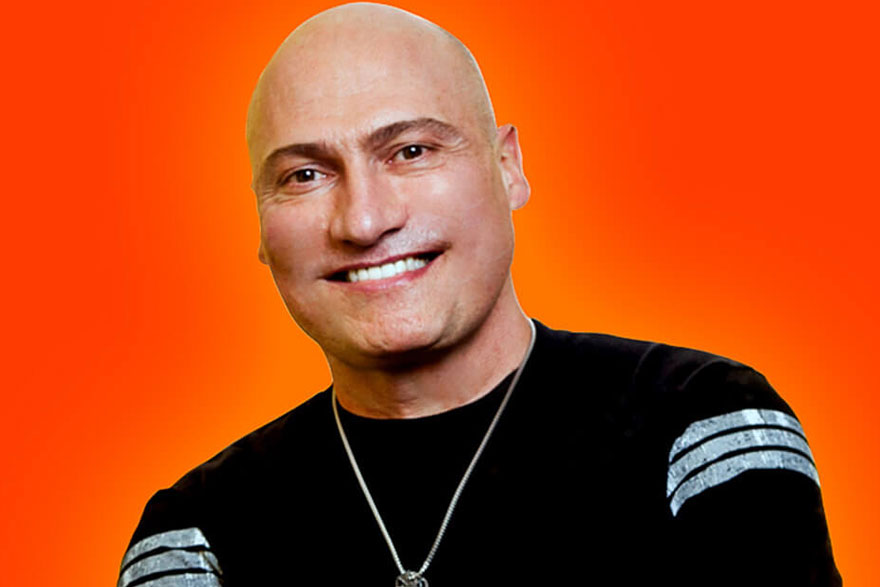 Danny Tenaglia is a New York-based house DJ who has long been involved in the scene. Tenaglia first found attention with a series of remixes in the early 1990s followed by a series of successful albums and compilations in the decades that followed. As a true artist in the house music scene, Danny Tenaglia continues to tour worldwide sharing his old hits alongside new material.

The house DJ scene is always evolving. Today’s house isn’t necessarily what it was a couple of decades ago. Everything’s got to change. In that spirit, it’s key to remember the past, acknowledge the present, and stay focused on the future. These top 10 house DJs are exactly that.

If you’re a House music producer and would like to submit your demo to Funktasy, please visit our DEMO SUBMISSION page.