Hip Hop DJs come in all types. Some are more flamboyant and recognizable than the rappers they support; while others are more reclusive, finding comfort in the wall of separation that the decks provide. They all have different responsibilities depending on if they are playing live for a tour, playing a radio show or a nightclub set, or producing the actual songs themselves. Hip Hop has a rich history spanning decades and it is always evolving, but here are the artists who have done it best. Here are the top Hip Hop DJs of all time. 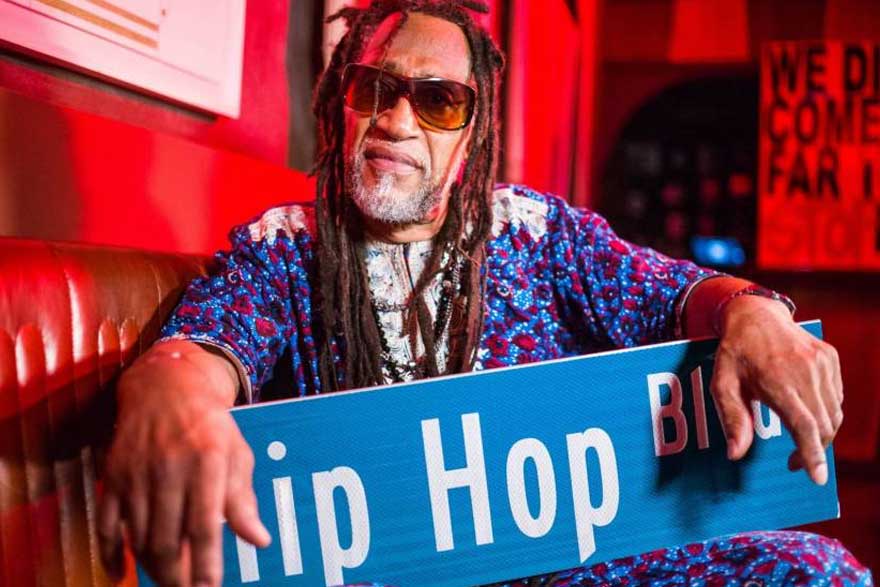 DJ Kool Here, a.k.a. Clive Campbell, is the one DJ who started it all. Pretty much inventing Hip Hop, he got creative by playing the same record on both decks and isolating instrumental parts and breakbeats off of soul albums. He got his first gig DJing a birthday party for his sister in their apartment building and continued to play events for his neighbours at 1520 Sedgwick. It was an incredibly competitive time, with DJs soaking the labels off their records so their peers wouldn’t be able to find which album the break beats were originally featured in. Sadly, he played his last show in 1984 and retired from DJing after being stabbed at one of his parties. 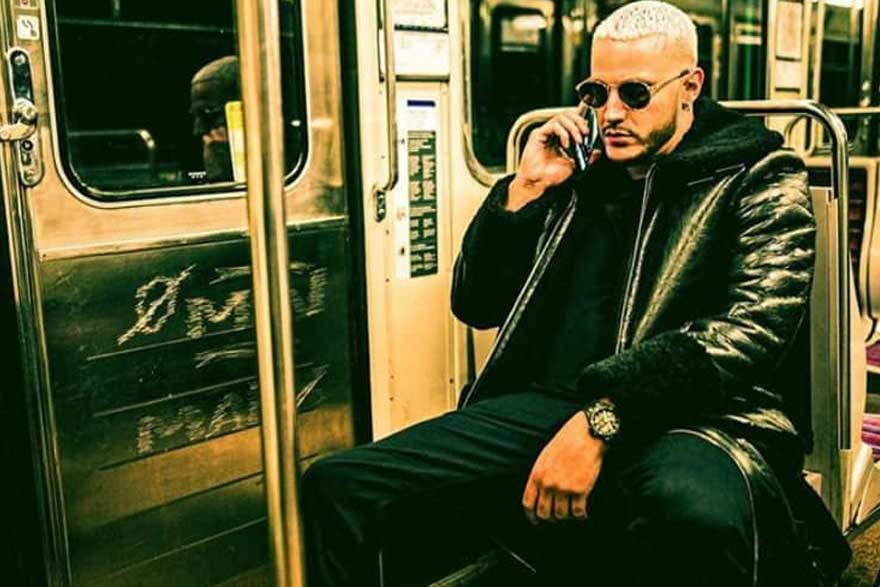 DJ Snake came out onto the scene in 2013 with the gargantuan hit “Turn Down For What” and then followed that up with another massive track with “Lean On” in 2015. Both likely the biggest songs of their respective release years. DJ Snake has more of an EDM influence than the other entries in this list, especially since aligning with the likes of Diplo, Malaa, Tchami and Mercer; but nonetheless is still a Hip Hop heavyweight and certified hit machine. 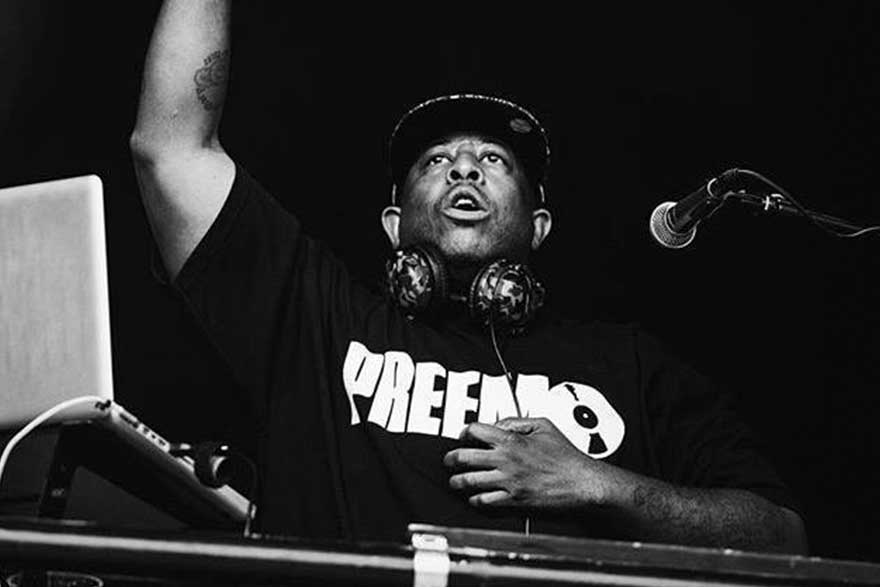 DJ Premier a.k.a. Christopher Martin, is one half of the legendary rap duo Gang Starr. After splitting with Guru, he went on to produce for absolute virtuosos such as Nas and Jay-Z. Producing tracks for pretty much every major rapper between 1995 and 2010, Premier showed his range in 2006: even producing Christina Aguilera’s comeback album “Back to Basics”. In 2010, he finished 2nd in Vibe Magazine’s Greatest Producer behind only Dr Dre. 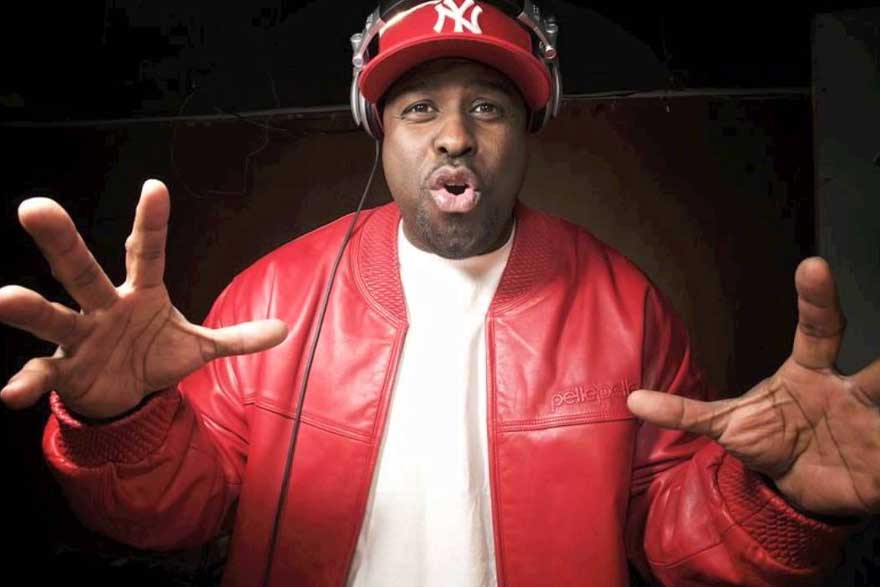 Funkmaster Flex is a true trailblazer. Even a kid from suburban Ontario, Canada, knows Hot 97 is a titan in Hip Hop, and Flex was the first host of the first Hip Hop show on Hot 97. His album “The Tunnel” released in 1999 featured everyone who was anyone in Hip Hop at the time such as Nas, Dr Dre, Jay-Z, Snoop Dogg, Method Man and Eminem. Flex has hinted of an upcoming release featuring current rap superstars: Post Malone, Pop Smoke, Lil Baby and Kodak Black. 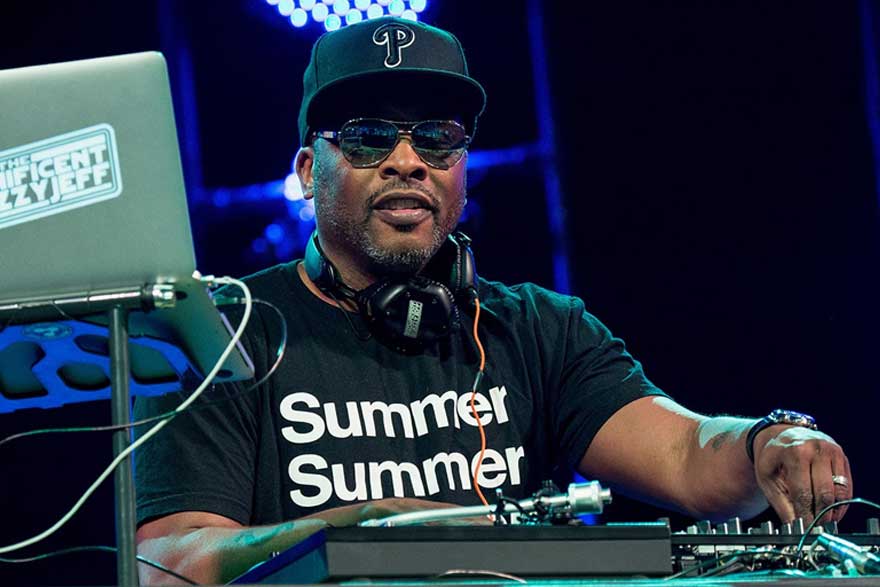 DJ Jazzy Jeff isn’t just Will Smith’s best friend on Fresh Prince, he’s Will’s collaborator on two Grammy award winning tracks in “Parents Just Don’t Understand” and “Summertime”. Helping Will Smith lay the foundation for what would blast him into superstardom, he also represents the first time a Grammy was ever awarded to a Hip Hop artist. Jeffrey Townes had an affinity for music since a young age, falling in love with the way a DJ could make everyone dance at the block party. 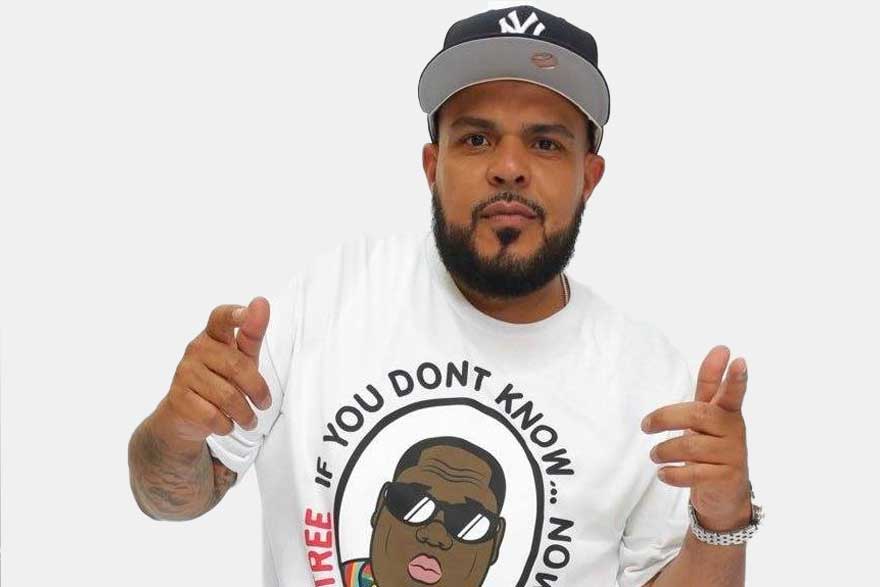 DJ Enuff is another New York radio DJ who has a regular spot on Hot 97, but he also boasts one of Hip Hops most prestigious titles: he was Biggie’s live DJ on tour. While also backing up other huge acts such as 50 Cent, Kanye West and Future more recently. He credits growing up in Brooklyn and being exposed to many different cultures and musical styles from a young age as being one of the biggest influences on him as a DJ. 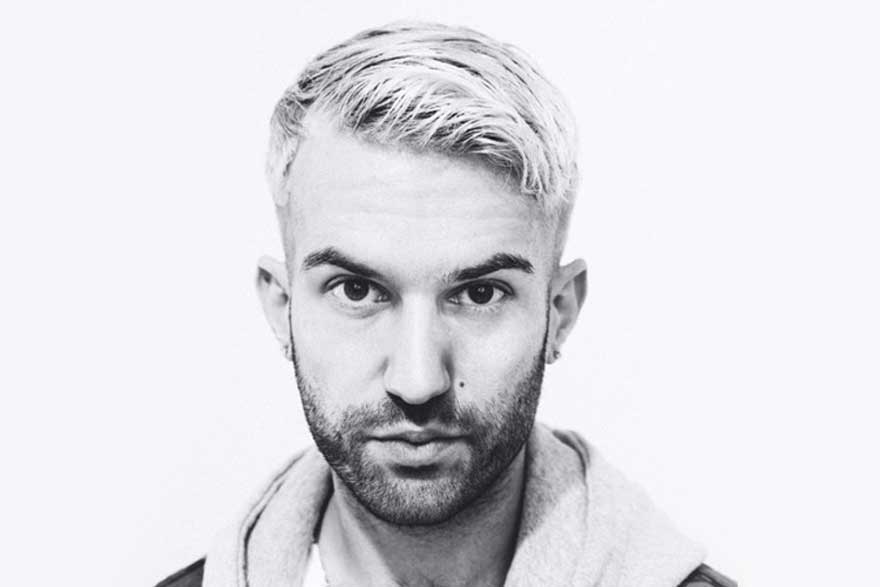 A-Trak came out at 15 and pretty much won every DJ competition he entered, specializing in scratching. He even developed his own notation for scratching. From touring with Kanye West during one of his prime stretches to producing some of the biggest EDM tracks to date, there does not seem to be anything related to DJing that Montreal’s Alain Macklovitch can’t do. 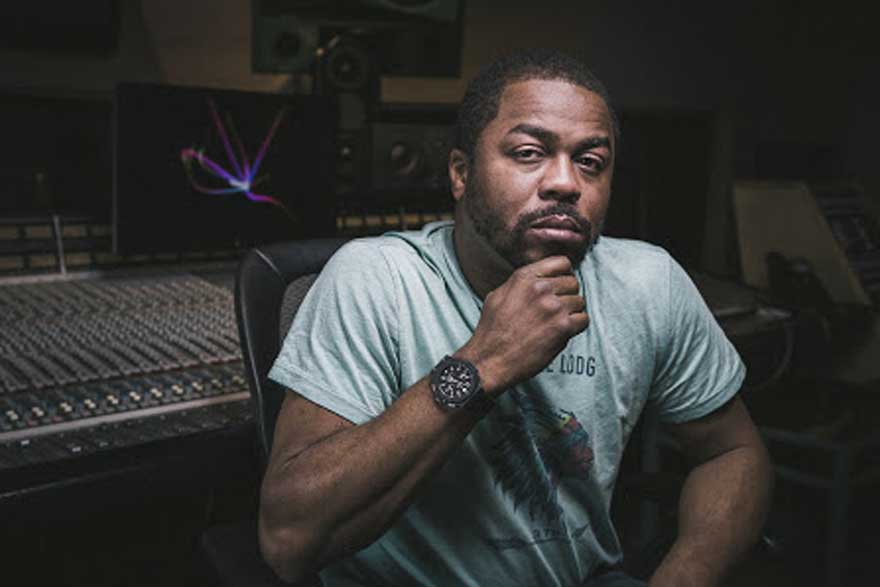 Just Blaze has produced some of the biggest Hip Hop songs of the 2000s. First getting into music production by programming ringtones to early cellphones, he started gaining notoriety in that sphere before dropping out of college to pursue his music career. His production credits are immense and feature some of the coolest beats each artist got to work with. His iconic name being shouted out at some of the biggest tracks in Hip Hop in the 2000s made Justin Smith known by even casual fans, even if at first they didn’t realize what he meant by “Just Blaze!” 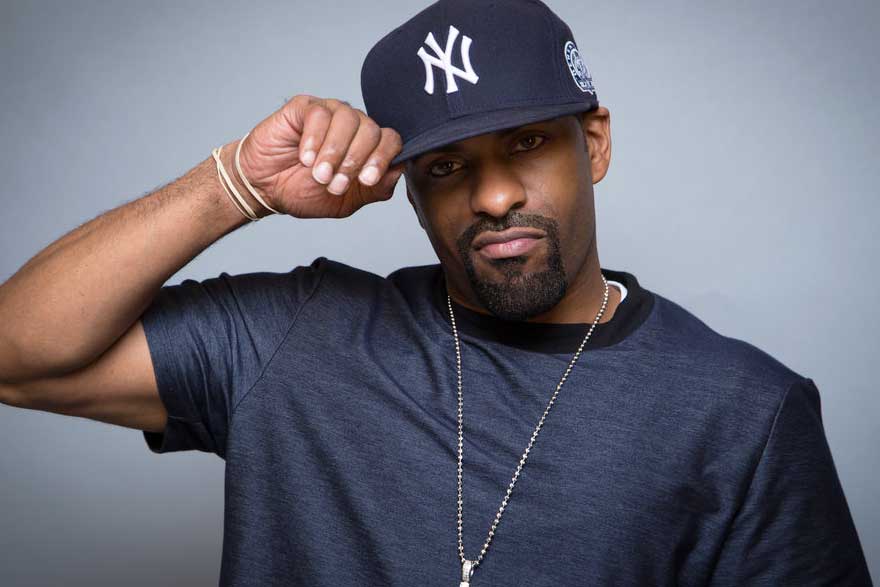 DJ Clue, a New York rival of Funkmaster Flex, is credited as being one of the main reasons mixtapes became so popular in Hip Hop. Deriving his name from his desire to remain a little more anonymous than a frontman rapper and stay “behind the scenes”, as well as a shout-out to the board game, Ernesto Shaw became DJ Clue. Scoring a job at RCA Records meant DJ Clue had access to tons of unreleased tracks by some of the hottest Hip Hop acts. Legend has it he released BIG’s “Juicy” on his own mixtape before it was even released on “Ready to Die”. DJ Clue is to New York Hip Hop what Dre is to California. 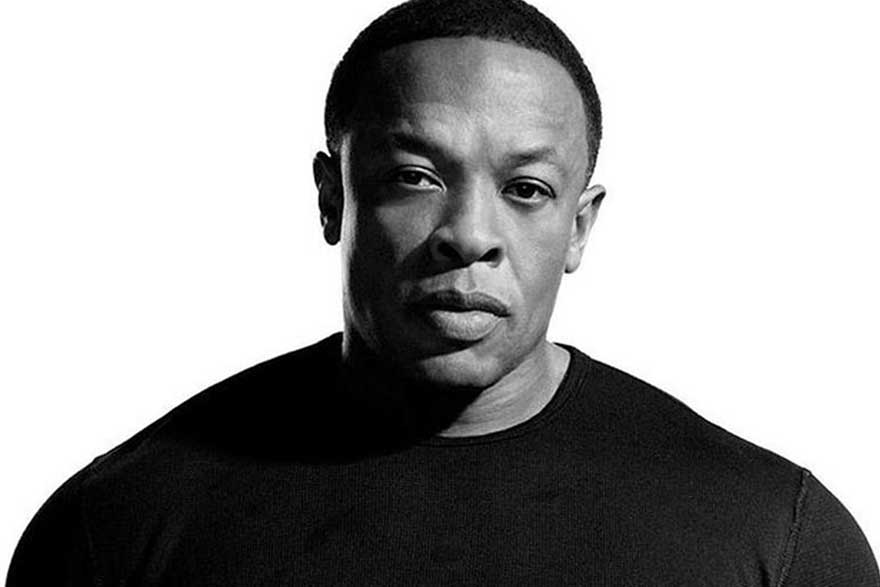 Dr Dre is probably the greatest Hip Hop DJ of all-time. His illustrious career spanning decades while creating entire sounds and genres of Hip Hop. He is the roots to one of the greatest rap “family trees” there is featuring the likes of Snoop Dogg, Eminem and 50 Cent. Several of the best Hip Hop songs of all-time are what they are because of Dre’s incredible producing. After co-creating Death Row Records with Suge Knight and subsequently leaving the label (and his catalogue to date) Dr Dre’s self-belief and success have been truly inspiring. Starting his own headphone company that he then sold to Apple to approximately $3 billion catapulted Dre into extreme wealth, and taking an active role in the biopic “Straight Outta Compton” display Dre’s aptitude in many other areas outside of music. Dr Dre is also featured in Funktasy Magazine’s Top Hip Hop Producers of All-Time.

The Top Hip Hop DJs of All-Time represent New York, California, Houston, Montreal and even Jamaica. They all have their own unique style and their own legacy with how it pertains to their influence on Hip Hop DJing and the genre itself. The love of music and performance is the common thread among all of these greats, despite what their specialties are.