Wax Motif takes a moment to share with Funktasy Magazine some insights into his art and story.

Born in Sydney but based in LA, Wax Motif is a reputed DJ & producer with numerous tracks and accomplishments under his belt. Generally known to be the main orchestrator of the modern G-House sound, his productions and catalog far exceeds the aforementioned. With influences spanning from UK Bass, R&B, to disco, Alex Chien’s music will range across styles, to which is demonstrated with the numerous features with various A-list artist.

What is a daily routine for Wax Motif?

Damn I don’t really have a daily routine at the moment. I feel like there’s almost something different I have to do each day so I’m just going with whatever is on the schedule. Today I got up real quick and grabbed a coffee and an acai bowl, did a zoom conference with 40 people in regards to creator economics and after I do this interview I have a live stream I’m being interviewed for in regards to NFTs and social tokens. I’ll probably try to squeeze some studio time in between but today seems like it’s mainly a press day.

You’re seen as a major player in the G-House sphere. What initially got you in that genre?

We were just trying to create something fresh really. Having a unique sound in dance music is really what the end goal is for most producers. Combining vocals from the newer US rap scene with house beats wasn’t really common at the time and they were both heavy influences on me so it seemed natural to try to combine them.

How has your partnership with the longtime industry figure Destructo influenced your music?

He’s been like an older brother to me. Always there if I need something or someone to talk to. He’s really just opened up a lot of doors to explore the possibilities of making these collaborations possible.

Tell us about your brand new single Need You?

It’s a collaboration with these amazing Russian producers called the Phlegmatic Dogs. I’ve toured with them a few times in the US and in Russia and they’re dope dudes so it was only a matter of time before we linked up on a track.

Tell us about your studio and production method. Do you work in the box/analog/hybrid?

I work mainly in the box and I have a couple of hardware things but nothing crazy.  I try to work pretty quickly because I feel like the best ideas happen when you keep it moving but once I have the main idea down it can take a while to get all the details right. 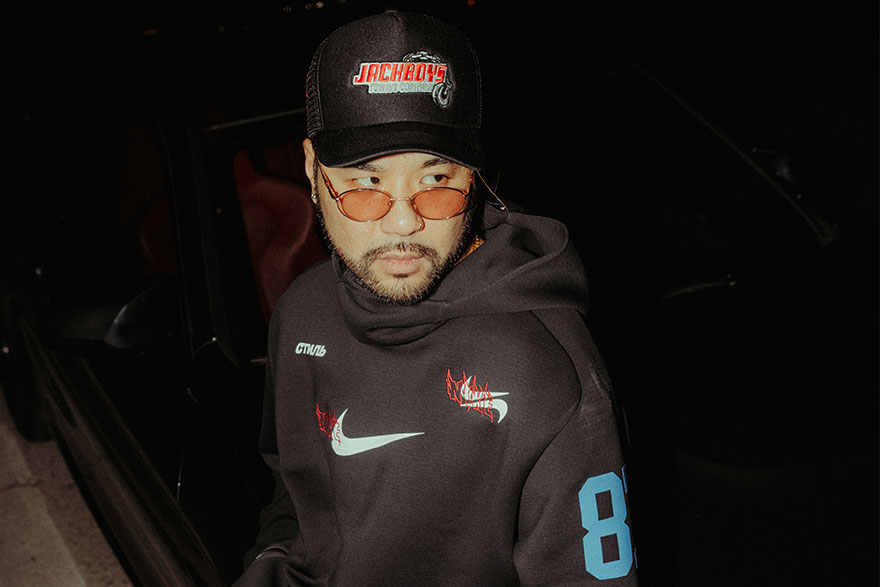 As a DJ, are you selective about the events you play?

Yeah definitely. I really want to play in front of the right crowds that understand my music. The vibes are always better when you don’t have to force it.

You moved to LA from Sydney – tell us about the change.

It was pretty easy actually. Sydney and LA feel pretty similar in a lot of ways and I’d been back and forth to LA a few times so I knew what I was in for. Sydney is awesome but there is a lot less going on musically. In LA you can get a lot done and everyone is working all the time so I definitely feel more productive here.

What can we expect next from Wax Motif?