NFTs, using the power of blockchain, have generated millions of dollars in revenue for musicians including 3LAU & Grimes in recent times. Could it be the key to unlocking total artistic autonomy in our current music industrial complex?

By the end of February, Canadian artist Grimes had earned $5.8 million through auctioning off digital art pieces in the form of NFTs. 3LAU, an EDM producer and DJ, sold a groundbreaking $11.6 million worth of digital albums to fans across the world. What is similar – and mind blowing – about these two cases is that each artist sold all their pieces within the day. In fact, Grimes earned her near-6 million in under 20 minutes. Numbers like these have naturally caused quite the stir in the music industry, ultimately producing a gold rush in mainstream music. It has further led to proponents argue for NFTs as a long-term solution to the economic losses suffered by artists under the streaming-era status quo.

Essentially, NFTs are virtual collectibles that come with digital certificates of authenticity whereby the ownership of said item is entirely exclusive. If you buy an NFT, you become the owner of a rare token that begets its value from its scarcity. From this point, the NFT cannot be reproduced but only transferred from one owner to another. Artists have been able to connect with their fans by either auctioning off visual pieces with musical accompaniments, merchandise, or albums in the format of NFTs. Fans participate by bidding in these auctions on marketplaces such as Nifty Gateway and OpenSea, and the winning bidders receive the content in their digital wallets through a secure transaction. 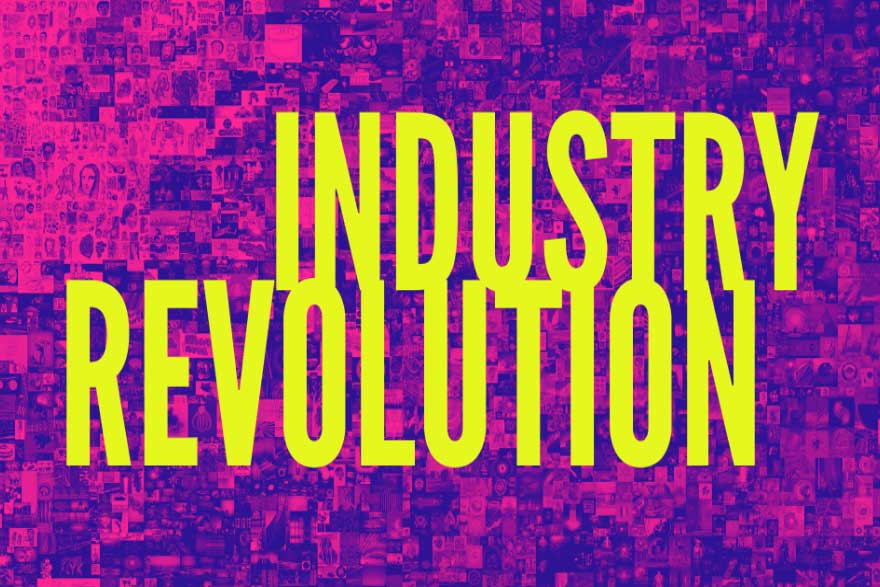 How NFTs Can Revolutionize the Music Industry

NFTs are not just exceptionally lucrative, but they intrinsically remove the ‘middle-man’ often rewarded within general distribution channels existing in the current structure of the music industry.

In the case of an NFT exchange, artists are able to keep all the earnings as no record company or streaming service is involved. Fans are not only willing to pay a premium for whatever tangible – or intangible – value they seek from an NFT but are directly and significantly contributing to the financial benefit of their favorite artists. Therefore, the craze for NFTs is as such; the collective journey for total artistic autonomy has always been at the forefront of the independent music scene, and this may make their goal slightly more possible.

How Artists Can Upload their NFTs

For artists interested in making a buck (or millions of bucks) through their art – which may often be conceived as non-monetizable – one could produce and sell their art in the format of a non-fungible token. The process varies from platform to platform, but the concept remains similar. After transforming the piece of art or content into a digital format, you can apply on platforms like Nifty Gateway and potentially have your project sold as an NFT on their marketplace. Multiple other platforms exist, and among the largest NFT marketplaces you could find yourself listing at OpenSea, SuperRare, Rarible or Makers Place.

It is important to recognize, however, the abundance of energy required to mint and trade NFTs. By adding tokens to the blockchains, along with the profound impact trading transactions have, the process of minting NFTs produces a major ecological threat to our environment. Nonetheless, once you have maneuvered around the ethical barriers to entry, a fiscal charge of $100 is usually required from most platforms to upload an NFT on their marketplace. This covers the “gas” needed to keep the ‘mines’ running.

How NFTs Can Be Lucrative For Musicians

As with any project in need of an audience, a solid marketing strategy is required. There is a reason why the NFT bubble has been relatively exclusive to big names. The NFT space mostly reflects the interconnected spheres of the tech and music world, propagated by enthusiasts who have the luxurious privilege capable of affording such art.

So, how can an artist who isn’t Grimes or 3LAU find their place in such an intimidating space? While the majority of purchasers include crypto enthusiasts, NFTs have become trendy enough to have absorbed multiple niche communities interested in such digital art. Therefore, it is crucial to address your initial community: the people that will support you, share your art, and eventually buy your NFTs. Building this community through Social Media networks would allow for a general audience who are not well-versed in crypto technology to become interested in investing in your work. Artists seek to build a bridge between themselves and their fans, offering sound enough reason for people to pay for your NFT.

Amidst the COVID-19 pandemic that has proven fatal to the live musical experience around the world, artists have sought out varying ways to not only digitally interact with fans but to profit off the digital space. NFTs provided a gold rush that few believed was possible. Now the question remains as to whether the chance of artistic autonomy is greatened by the abundance of this trend. There is no denying that, in the current state of the non-fungible token space, rich people have simply found a way to buy feelings. The economic requirements to become prevalent in such an environment remain far too steep for the hopes of an independent artist. However, as more communities begin to follow and technology continues to change, the future internet is bound to be fruitful for artists alike. If anything, NFTs have become the catalyst of such a possibility.