The 4 elements of Hip Hop were originally rapping, DJing, graffiti writing, and break-dancing. If there were to ever be a 5th element, it would be Fashion. Every era, every scene, every rapper, has their own unique fashion style. Much like the other aspects of Hip Hop it can have artistic elements in common with others of its kind but it is largely, part of a unique personal art form.
Oversize was once a big thing. Slim fit became a thing. Preppy. Camoflage. Sophisticated. Hell, even backwards (thanks, Kriss Kross); all became things. The heavy influence of Hip Hop on pop culture has essentially dictated fashion trends of the past 30 plus years.
In the 90s every rapper thought they could play basketball and every basketball player thought they could rap. In recent decades, rappers have found much more success in the fashion industry than they ever did on the court. Fashion has permeated Hip Hop so deeply that artists’ labels, collaborations, and affiliated brands are some of the world’s most successful brands. In past decades, Hip Hop fashion was basically dominated by high fashion luxury brands, and “old world” symbols of wealth.
In the past, rappers wanted to be seen in luxury brands; today luxury brands want to be seen on rappers. More and more high fashion brands are breaking in with their own collaborations and street style lines. 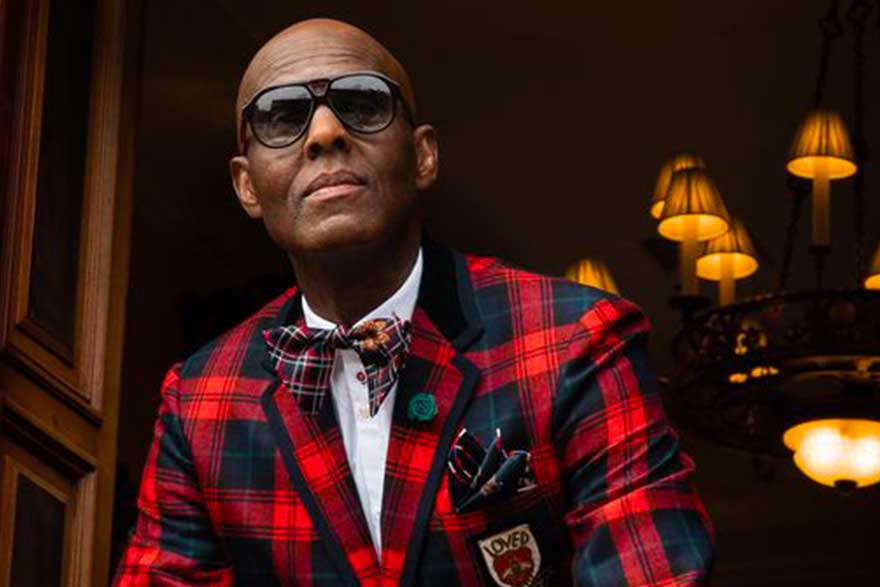 Dapper Dan ran an incredible shop in Harlem in the 1980s that would take bootlegged fabrics and make custom pieces for customers. Sometimes these fabrics would contain knock-off logo prints of brands such as Gucci and Louis Vuitton. Though they were not “authentic” to the brand, he designed clothes for successful New York rappers, athletes, and drug dealers. His guerilla high fashion operated outside the law however, completely disregarding copyrights. This ultimately led to the demise of Dapper Dan’s shop. However, he imprinted on fashion and his influence would ultimately be appreciated, even by the established industry, many years later. 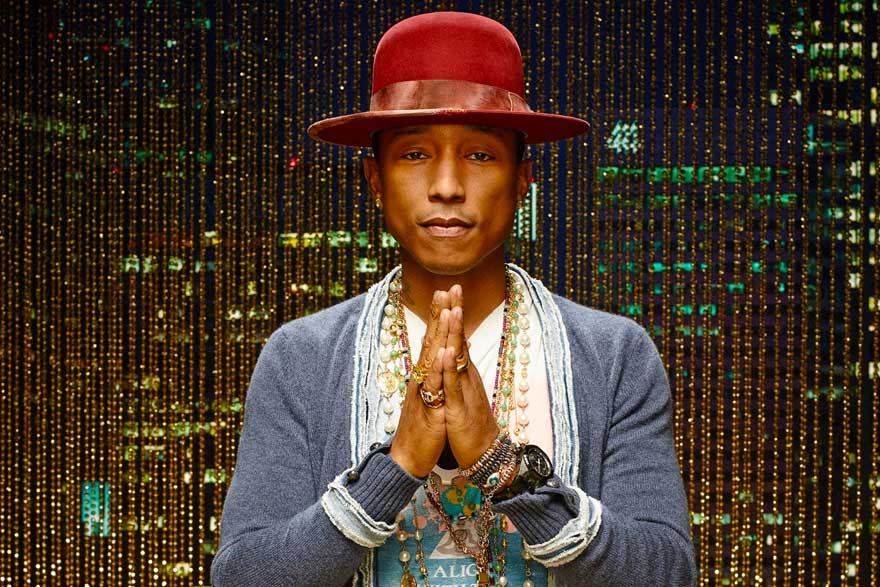 Pharrell Williams is still one of the lasting influences on Hip Hop fashion. He pioneered an understated “nerd-core look” while combining it with wild pops of print alongside “Skateboard P” who also had a hand in introducing HipHop to skateboarding brands. His influences can still be seen in the choices of style from up-and-coming rappers. Co-founding Ice Cream Brand and Billionaire Boys Club; and debuting BAPE to mainstream North America, Pharrell ushered in a new era of luxury skateboard and active wear brands that is worn and endorsed by top artists around the world. Designing shoes for companies Nike and Adidas, Pharrell has been integral in blazing the path that made for some of the Hip Hop fashion behemoths of today. 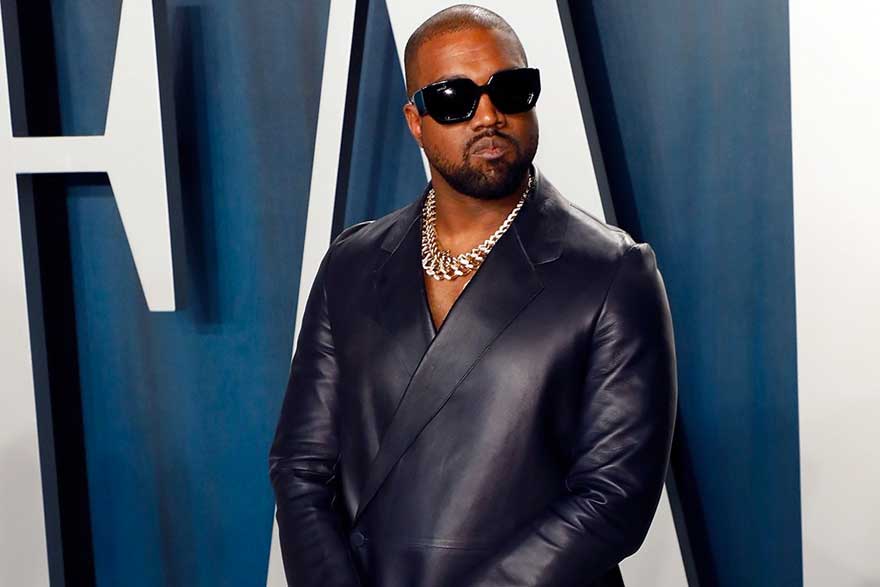 Kanye West took Pharrell’s lead and ran with it. Famous originally for the early “backpack rap” and G.O.O.D. Music style that seemed to inform an aesthetic of its own, he has now moved on to become a fully-fledged fashion mogul. Ye’s “Pink Polo” made preppy “cool” was one of many clothing items that made him one of the catalysts that injected Hip Hop into high fashion.
There could be whole books written about Kanye West and Fashion, and there actually are a couple of them. But in short, 2002 was the year Kanye met Virgil Abloh. This was essentially the butterfly flapping its wings, creating a tornado on the other side of the fashion world. West collaborated with Abloh to design the Yeezus album cover. One can already see the style start to emerge that would become Off-White many years later.
Abloh and West both interned together at Fendi together in Paris in 2009, where this gave them the tools needed to dominate the fashion industry in years to come. Though the Yeezy and Adidas collaborated clothing line initially flopped, the response to the Yeezy shoe line was incredible; and after 6 seasons of shoe releases, they have started issuing apparel again. 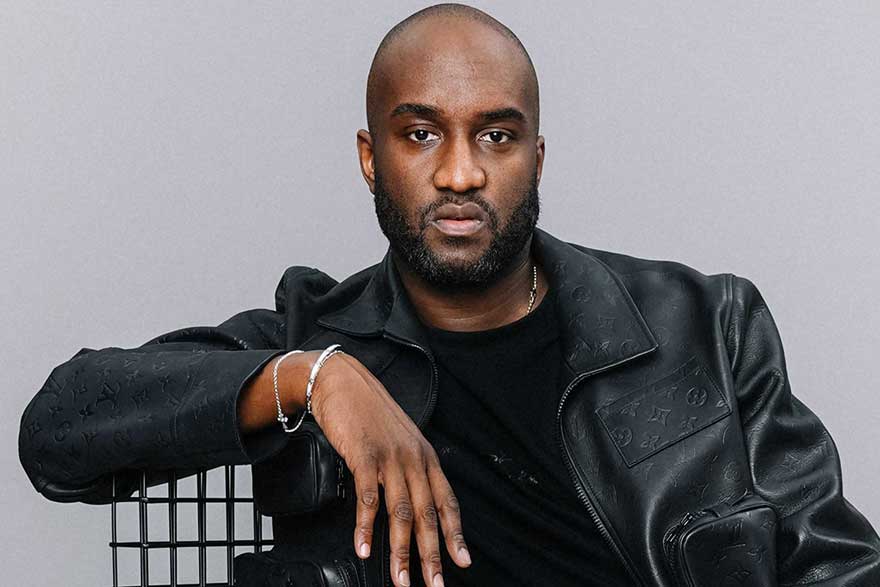 Virgil Abloh appears to have been the defibrillator that blasted Champion into its current elevated status. He famously bought Champion and Ralph Lauren deadstock, printed some basic designs on them and sold shirts for $1000 at his Pyrex Vision shop. This has launched Champion from K-Mart to Barneys in a matter of years. A fashion icon, Abloh has created one of the most successful street wear brands in Off-White. Carrying on the tradition set by Dapper Dan, Abloh has been able to take certain brands and adjust them to seek a different target audience. Abloh has lamented that luxury streetwear is dead, and that vintage and thrift will take over. He is ever controversial. Is he brilliant? Is he reductionist? Is this a “critique” of “fashion”? Or just an unoriginal idea: a t-shirt that says “t-shirt”? Whatever you think, there is no doubt has been hugely influential in Hip Hop fashion. 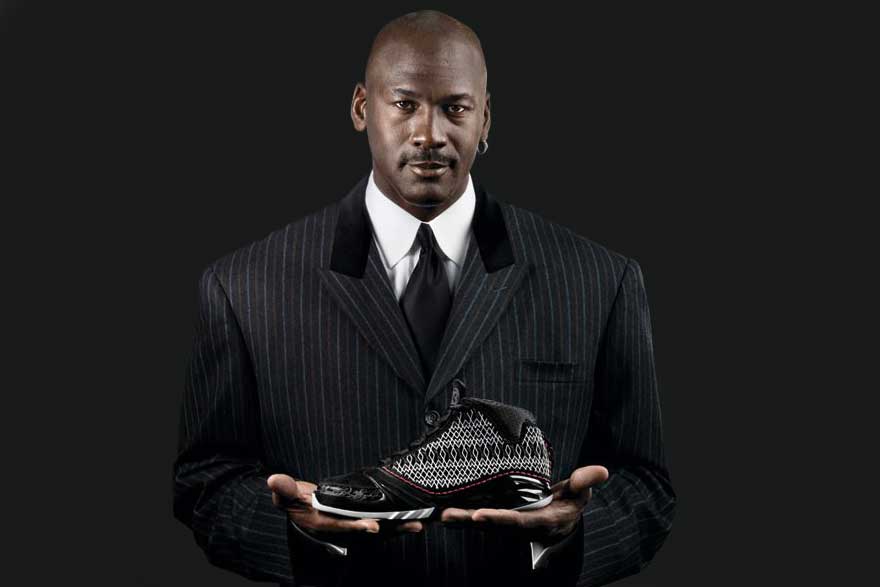 As you may all know, Michael Jordan dominated basketball during his playing career. His sneaker line and Jordan brand still remain the GOAT, even if Lebron may have taken the basketball crown…. Jordan’s shoes, being around for nearly 40 years now, have grossed 1.3 billion in revenue for the basketball player over the years, which is an acclaim that can’t be ignored. The brand Jordan has not only evolved in its own way, but has continued to remain in fashion even as the Hip Hop style has progressed over time alongside Nike. 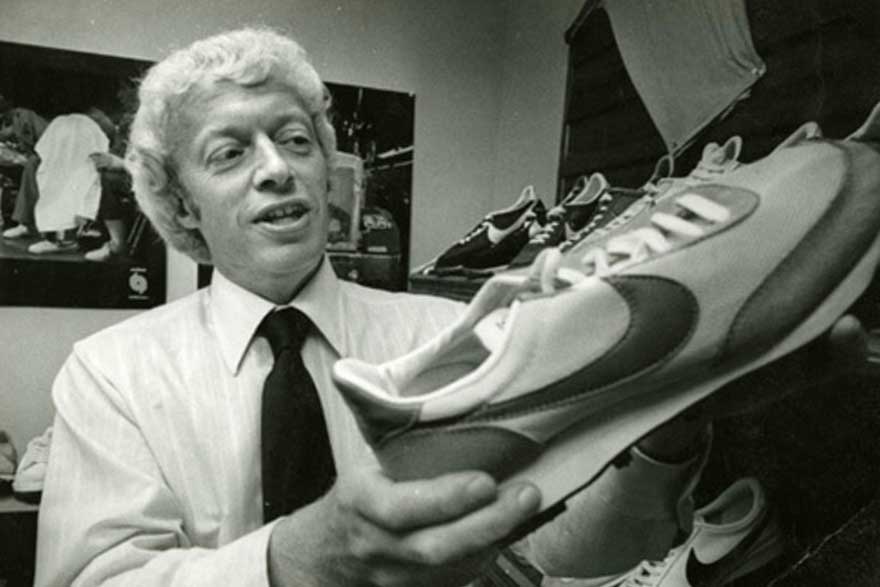 Phil Knight founded Nike in 1964, and even though it was located in Oregon, it has managed to become one of the leading brands in not only Hip Hop fashion but many other industries. Much like Lebron chasing Jordan’s crown, Nike is nipping at the high-top heels of the Jordan brand for the top spot in the Hip Hop sneaker game. Nike has such an impressive lasting power that their older designs of the 80s have now come back in style as a retro line. They seriously carry everything and have even managed to make golf look cool. No small feat.

Icons such as Pharrell and Kanye helped Hip Hop fashion diverge from the traditional “bling bling” style of furs and expensive luxury brands that used to try to exclude the rappers who could afford them, to one with a more comfortable, street wear look. This divergence allowed certain designers and styles to grow organically. Luxury brands, desperate to stay relevant with young people, have rekindled their relationship with the Hip Hop community and started catering to markets they once exiled, until today where Hip Hop culture has permeated high fashion like never before.