The Impact of Sneakers on Hip Hop

The emergence of hip hop brought with it numerous fashions, including those in the sneaker world. Established brand names such as Adidas built new fortunes off of the publicity they received being worn by some of hip hop’s greats. There are many brands that we could point to, saying that hip hop made this sneaker. There are three sneakers though that deserve special mention when looking at the history of sneakers in hip hop. 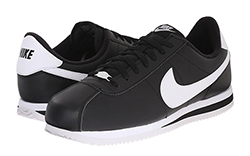 Nike Cortez are one pair of sneakers that have found their way throughout hip hop and pop culture history. Released to market in the early 1970s, the Nike Cortez have found their way to the feet of some of hip hop’s biggest stand-outs including Eazy-E all the way up to today’s group including Kendrick Lamar, Lil’ Wayne, and others. What was Whitney Houston wearing during her Super Bowl halftime performance in 1991 – you guessed it, Nike Cortez. 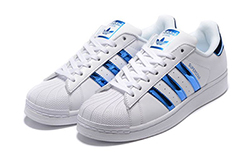 Converse All Stars also have made their fair share of appearances throughout hip hop fashion and pop culture. Converse All Stars have appeared on the feet of Miley Cyrus in her Wrecking Ball video, as well as on Bruno Mars, Ed Sheeran, and Snoop Dogg among others. This pair has appeared in many forms over the decades and has gone from a working class, affordable sneaker to something more of a symbol among mid-range fashions 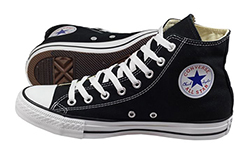 The Adidas Superstar has also had a long history with urban culture since its early years. Many players in the NCAA and NBA, including most famously Kareem Abdul-Jabbar, adopted the Superstar as their go-to. In terms of music, you can’t mention Adidas without Run-DMC. The trio wore Superstars regularly, culminating in the song My Adidas (1986). The deal struck between Run-DMC and Adidas was the first of its kind, acting as a template for future sneaker/hip hop relationships.

Even in the modern, contemporary world of hip hop, sneakers still have an influence, providing artists with major branding opportunities. Just look to Rick Ross’ work with Reebok, Lil’ Wayne signing with SUPRA, and Kanye West’s partnership with Nike as examples. As anyone working in hip hop today will tell you, an artist’s choice in sneaker says a lot about the type of brands they love and are willing to support. Ever since Adidas invested multiple millions of dollars into marketing their brand alongside Run-DMC in the late 1980s, hip hop and sneakers have been linked.

The work put in on the Nike Cortez, Adidas Superstar, and Converse All Stars resulted in nearly every hip hop star having been associated, at one point or another, with a major sneaker release. Check it with LL Cool J’s TROOPs, Master P’s Converse, Jay-Z’s Reeboks, 50-Cent’s G-Unit Sneakers, Snoop’s Pony, Pharrell’s Ice Cream Sneakers, Wu Tang’s FILA CREAM Classics, and so many others. Yes, some designs have been more successful than others but the influence remains. What can easily be said about the relationship between hip hop and fashion is that it has shown to be just as important above the ankle as it is below it.