EDM DJs have kicked in the door on the new century, with unexpected sounds and some amazing sets. The growth of EDM in the last few years has ushered in new legends and helped bring established acts to massive audiences. You won’t want to miss these artists. Legends abound. Here are the top 10 EDM DJs of 2020. 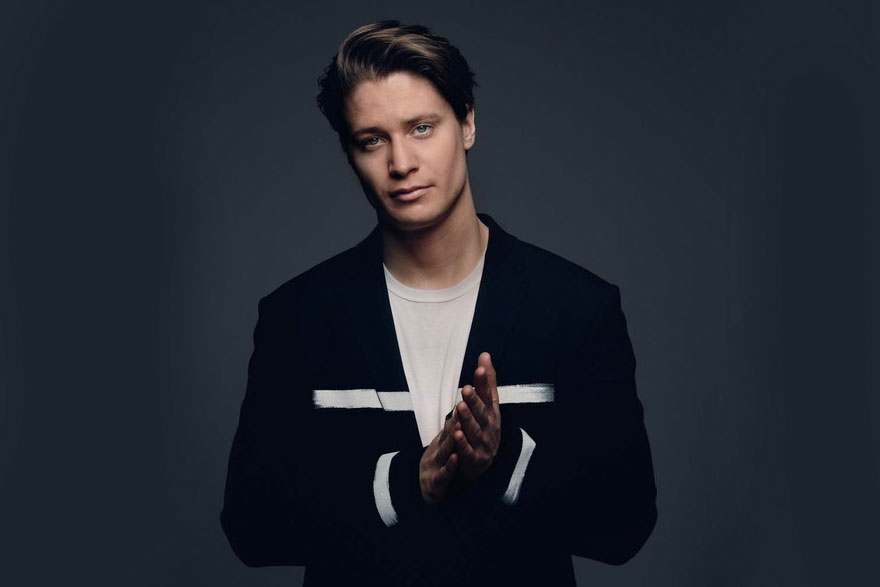 Kygo is a Norway-based DJ known for his unique brand of EDM. He was the fastest artist to reach 1 billion streams of Spotify in 2015 and is the first electronic dance producer to perform at the Olympics which he did in 2016. In the last 12 months, Kygo has seen arguably his biggest hit to date with a remix of Whitney Houston’s ‘Higher Love’ having been streamed over 252 million times on Spotify. 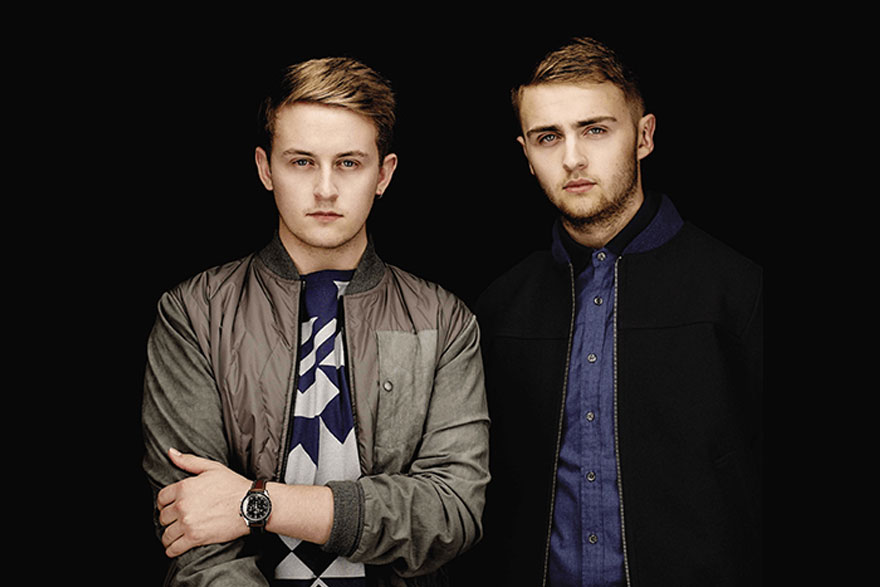 Disclosure is a brother duo from London, UK, critically acclaimed for their EDM pop collaborations with artists like Sam Smith, Lorde, Mary J. Blige, Khalid, and Gregory Porter. Disclosure’s been rather quiet following the release of their second album Caracal in 2015. Having just released an EP named ‘Ecstasy’ in February, we expect to see more from the duo coming in 2020. A third studio album is currently set for release at an undetermined date. We can’t wait to see what comes next for this young EDM DJ duo. 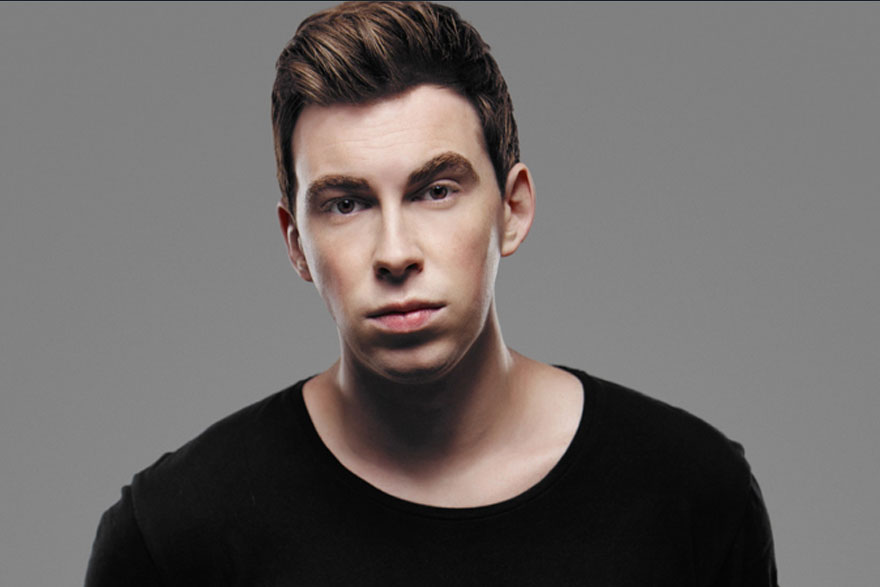 Hardwell is a Netherlands-based electro-influenced DJ. He is a two-time #1 DJ in the world winner with DJ Mag. Although the last year has only seen a few releases by Hardwell, in 2020, he has booked sets at Ultra, Sunburn, and Tomorrowland among other festivals. Though a lot of his popularity stems from success a half-decade ago, Hardwell’s still going strong with EDM DJ classics like ‘Spaceman’, ‘Imaginy’, ‘Live The Night’, and ‘Bigroom Never Dies’ to back him up. 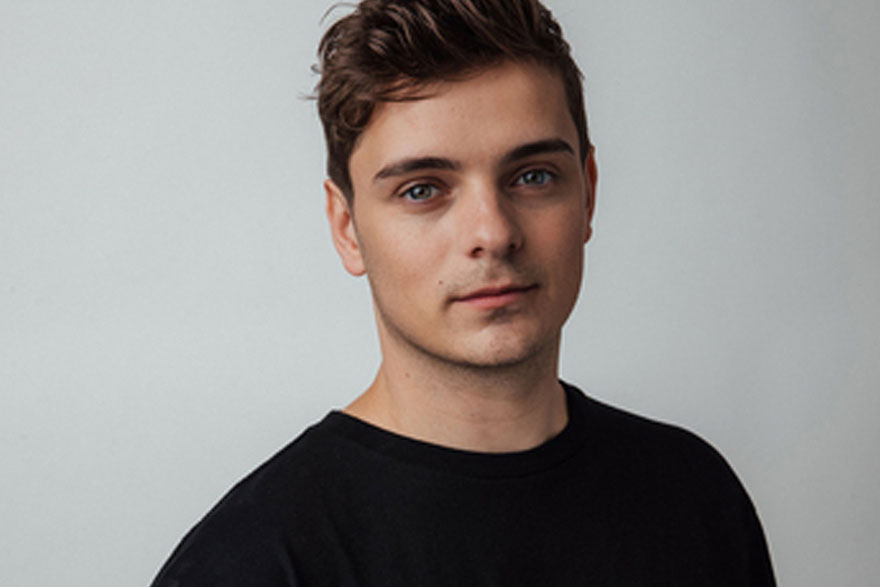 Martin Garrix is a Netherlands-based DJ and a three-time winner of the #1 DJ in the world achievement from DJ Mag. Garrix’s style goes beyond EDM and into progressive territory. This year you can expect to see Garrix back on the festival circuit, likely to hit up worldwide audiences at Ultra and Tomorrowland-branded events. Only twenty-six years old, Garrix’s popularity has led to him having the highest Instagram following of any DJ in 2020. 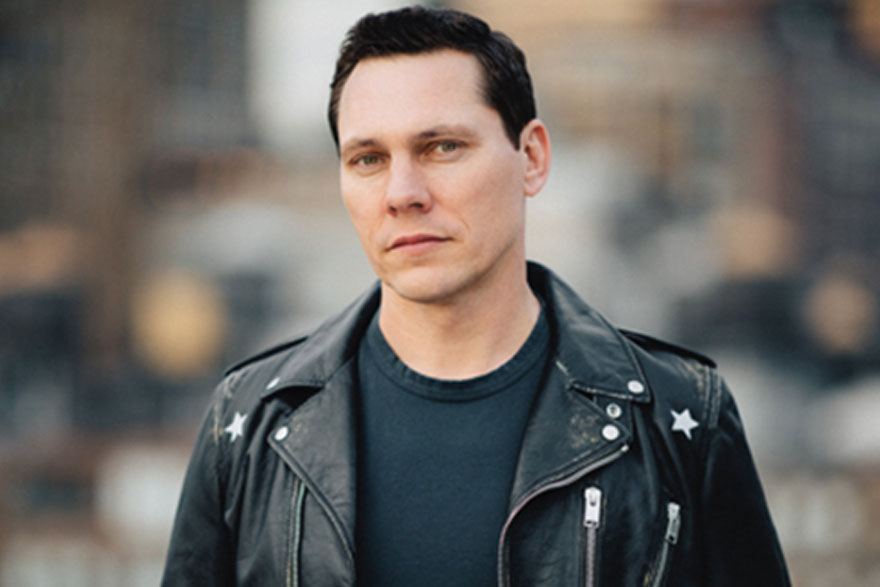 Tiesto is a Dutch EDM DJ with a list of credits to his name. Now in his early 50s, over the course of Tiesto’s career, he’s been voted the ‘Greatest DJ of All Time by Mix magazine, the ‘best DJ of the last 20 years’ by DJ Mag, and has been nicknamed the ‘Godfather of EDM’. Though his successes stem from years ago, the last few years have solidified his reputation in the EDM community. From the 2017 What We Started documentary to compilations and collaborations, 2020 is likely to be a continuance of maintaining what’s already a key brand on the EDM scene. 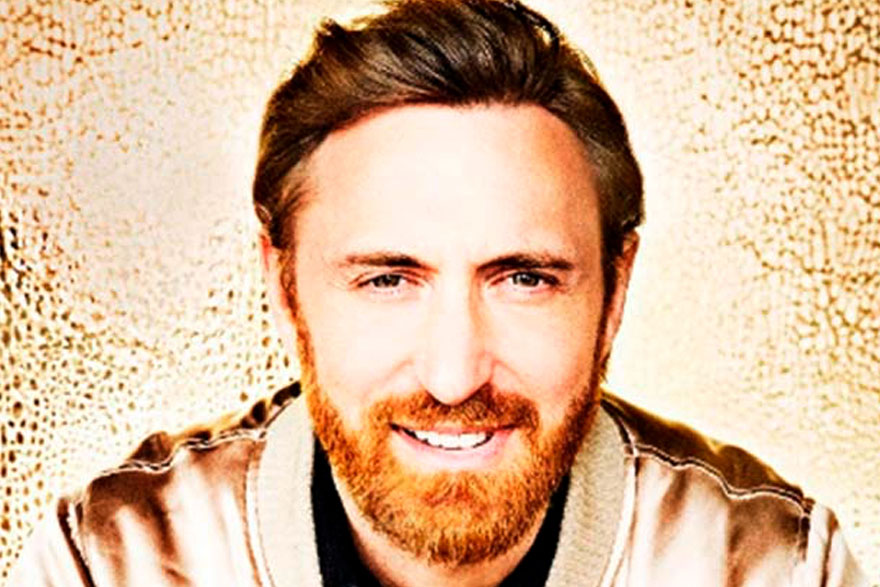 David Guetta is a French EDM DJ, also in his early 50s. He’s sold over 30 million singles worldwide and achieved his peak commercial success with the release of his 2009 album One Love followed up in 2011 with Nothing but the Beat. David Guetta continues to be very active in the live EDM DJ scene with regular remix releases, a new as-yet-unreleased album, new collaborations with pop artists and other DJs, and headlining EDM festival sets. David Guetta is expected to continue this trend, with potential work on a new album for release sometime in 2020-2021. 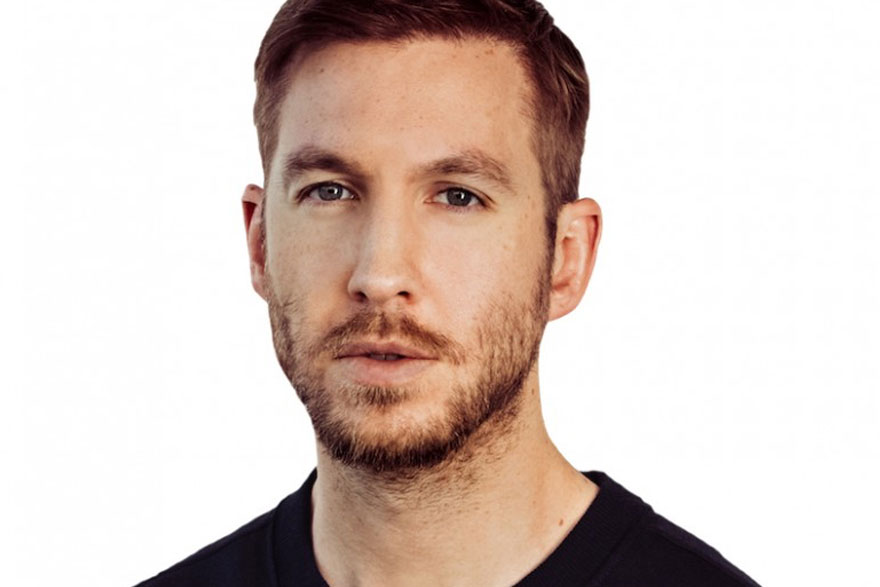 We hesitate to put Calvin Harris on this list. He is one of the most commercially successful DJs in history with smashes like ‘We Found Love’, ‘This Is What You Came For’, ‘Summer’, ‘Feel So Close’, and ‘Feels’. That said, 2019 was a relatively quiet year with Harris’ biggest hit with a collaboration with Rag’n’Bone Man that January. So far in 2020, Calvin Harris has released two EPs under his Love Regenerator alias. It is rumoured he has more releases planned and potentially appearances at major DJ festivals around the world. What’s a sure thing is that DJ Calvin Harris is still a massive draw and very well-known. 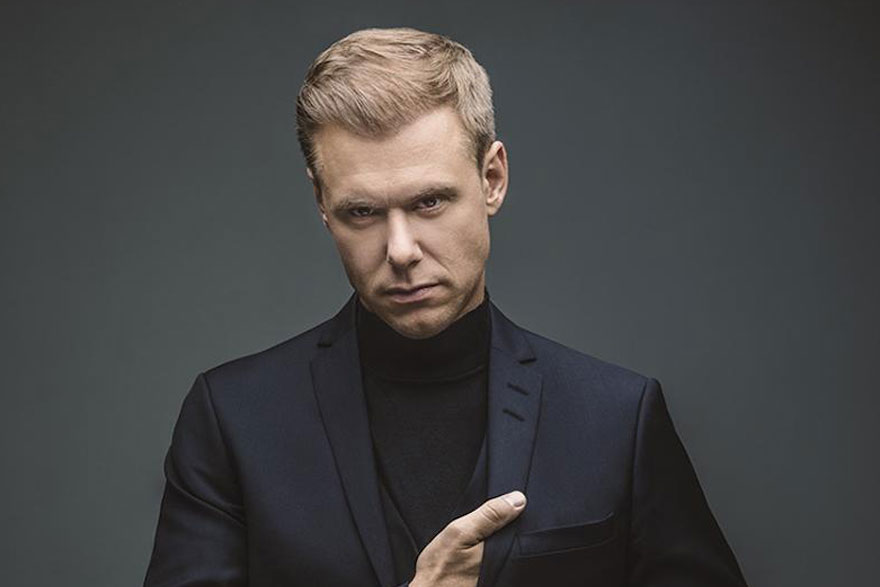 Armin van Buuren is another Netherlands-based DJ, ranked one of the best in the world. In the United States, van Buuren holds the record for the most appearances on the Billboard Dance/Electronics chart. He is a 5-time #1 DJ in the world winner with DJ Mag – another record. His biggest hit came in 2014 with the Trevor Guthrie Collaboration ‘This Is What It Feels Like’. Throughout 2020, van Buuren is expected to tour his most recent album Balance which was released this past October. 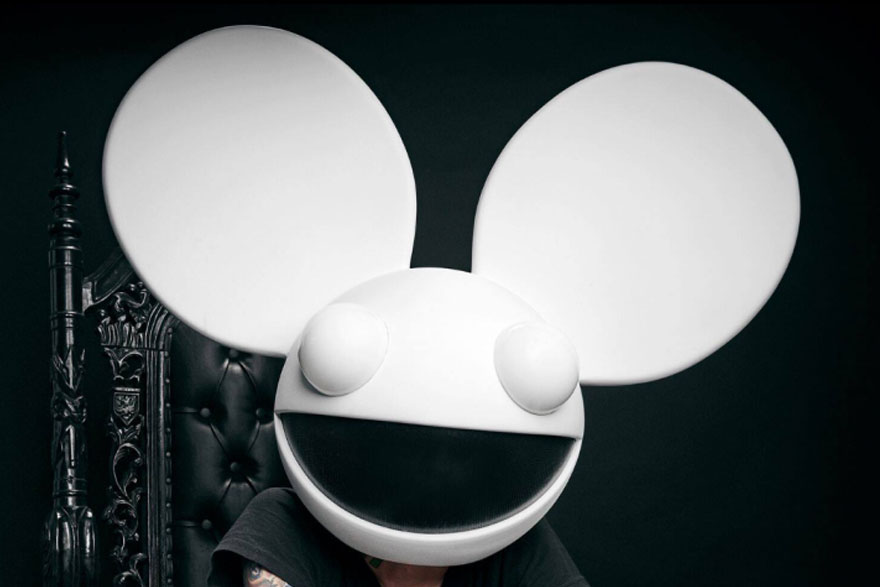 Deadmau5 is the only Canadian EDM DJ on this list. Deadmau5 pulls from all sorts of music from progressive house to more obscure electronic music. While he arguably hasn’t seen the same level of commercial recognition as other EDM DJs on this list, Deadmau5’s work is widely acclaimed by peers like Tiesto and Armin van Buuren. His concert tours are well-regarded, albums and singles have always sold well, and Deadmau5 continues to be very active in his releases. EPs, singles, soundtrack albums, collaborations, and others have either been released within the past year or are on the way. 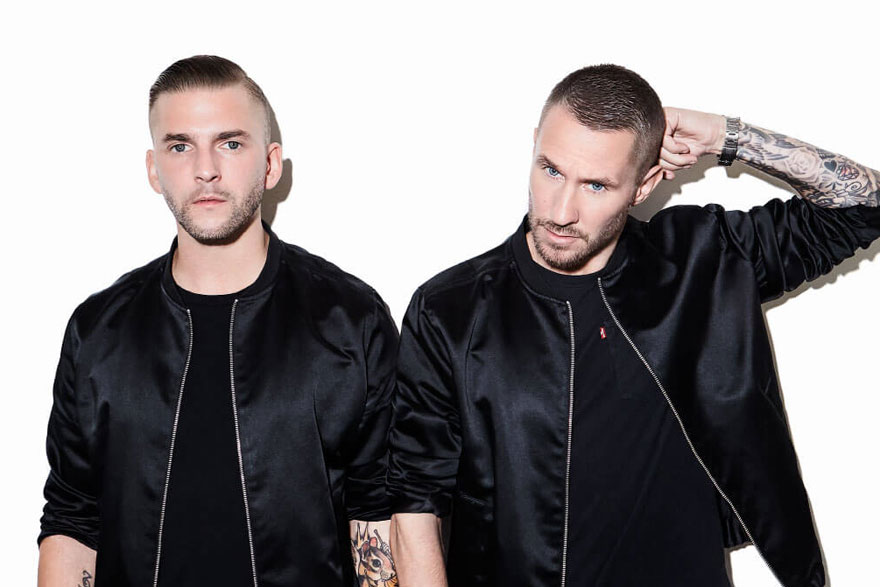 Galantis is a Swedish duo consisting of Christian Karlsson and Linus Eklow. Karlsson is an award-winning songwriter with credits from Britney Spears to Madonna. Linus Eklow also has a songwriting background, having written Charli XCX’s ‘I Love It’. Both have a deep interest in EDM music. Together, they make a duo that’s tough to top. Although much of their commercial success came roughly a decade ago, their latest releases include collaborations with OneRepublic, Charli XCX, Dolly Parton, John Newman, and Passion Pit. Galantis’ 2020 is looking like it will be a promotional tour for their third studio album, Church, released in February.

Reading the top EDM DJs of 2020 is like listening to an artist’s greatest hits release – a lot of names you know and love, and a few new ones added to the mix. As our schedule takes us through the year’s biggest EDM DJ festivals, new DJ legends will emerge. We can’t wait to see and hear the ‘latest and greatest’ in the DJ world rising to the top later this year.

If you’re an EDM producer and would like to submit your demo to Funktasy, please visit our DEMO SUBMISSION page.