If you have listened to some of the top 40 hits of the early 2000s, chances are you’ve heard the name Missy Elliott. With four Grammys, multiple hit singles and full creative control over her own music, Elliott has become a modern day feminist icon. How the multitalented rapper came to be today’s pop culture icon is a fascinating story.

Missy Elliott had a rocky start to her life. The rapper was born Melissa Arnette Elliott on July 1, 1971, in Portsmouth, Virginia, U.S.A. Her father, a U.S. marine, was violent towards her and her mother and sadly she was also violated by an older cousin. It was during this time that the rapper realized she would like to invest her time and future in music.

After escaping her volatile home with her mother, Missy Elliott started a high-school girl group called “Siesta”. This first foray into the music business was ambitious, yet unsuccessful as the group was unable to release their debut album – this did not deter Elliott at all. For her next career move she joined “Swing Mob”, a collective that was made up of other R&B/Hip Hop acts, such as the infamous DJ Timbaland. Joining forces, Elliott and Timbaland produced songs for big names in the industry, such as Aaliyah. This helped Elliott get noticed by rapper Sean “Puffy” Combs and was featured on one of his tracks, titled “The Things You Do”.

Successfully working her way up in the music world, Elliott was offered the opportunity to start her own label. Under her own label, The Goldmind Inc., Elliott finally got her first mainstream hit in her debut album “Supa Dupa Fly” in 1997. In her song “The Rain (Supa Dupa Fly)”, a hit featured in the same award-winning album, she even refers to Timbaland: “Me and Timberland, ohh, we tango dango”. This cemented their relationship and led to future iconic collaborations.

The rapper spent the next few years releasing two other albums: “Da Real World” in 1999 and “Miss E … So Addictive” in 2001. As the three aforementioned albums went platinum they contributed to branding of Missy Elliott as a household name globally. The skilled performer asserted her feminist stance by refusing to ponder to the male gaze and helped to pave the way for the following generations of female rappers.

In 2002, Missy Elliott won her first grammy award for “Get Ur Freak On”, arguably her most popular song. With hard work and determination, the female rapper continued on a wave of success in the following years.

In the year 2008, Elliott’s career had to be put on hold as she was diagnosed with Grave’s disease, a rare autoimmune disease that leads to an overproduction of thyroid hormones. Symptoms of the disease include sleep disturbances, heat sensitivity, fatigue and bulging eyes. As a result, Elliott experienced a dramatic weight loss despite having normal eating habits. While she managed the condition with the help of regular exercise, dietary choices and medication, Elliott had to withdraw from the spotlight. Taking care of her body and mind led to the rapper taking a step back and focusing on herself for the next couple of years. 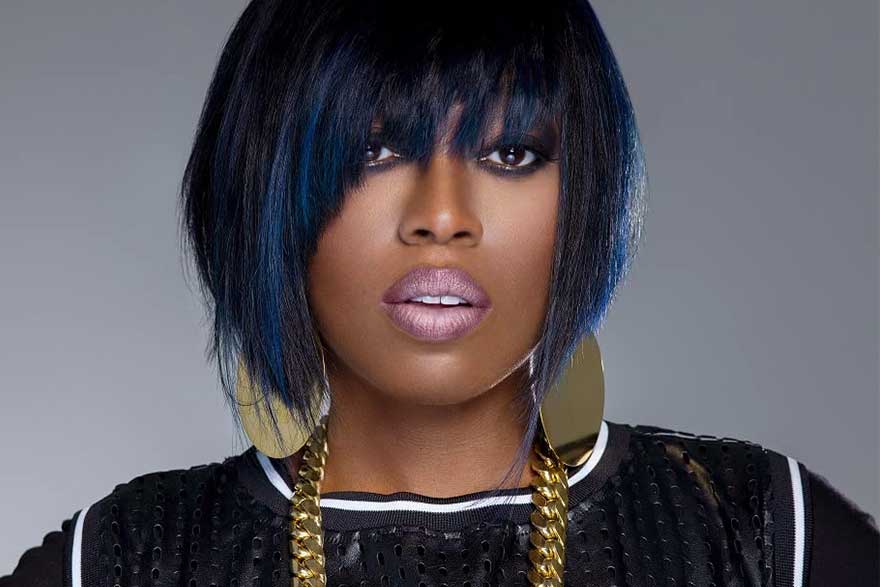 While maintaining a low profile, Missy Elliott still graced her fans with occasional performances. She performed alongside Katy Perry at the Super Bowl XLIX, sang with Michelle Obama on James Corden’s Carpool Karaoke and was featured on Lizzo’s hit single “Tempo”. In 2019, the rapper released an EP titled “Iconology” making this the first music she had released in 14 years. More masterpieces are expected to come by the queen of rap in the future.

The journey goes on…

In the end, Missy Elliott’s story is as inspiring as it is tragic. Elliott made the most out of her situation, she did not let her past trauma stop her from achieving her dreams. Instead she used it to fuel her hunger for success. Elliott’s life proves that obstacles do nothing but make those who manage to unwind them come out stronger. The name Missy Elliott is not disappearing anytime soon and neither is the rigorous examples she set for those who are trying to accomplish much in life.