The 2021 Juno Awards – An Insight on Nominees

The Juno Awards, also known as the JUNOS, is a prestigious annual event acknowledging and awarding Canadian musical artists and bands for their achievements in all aspects of music.

The pandemic created a great opportunity for artists and performers to explore their sounds and song-writing more in-depth, giving us the chance to be exposed to some incredible music.

Funktasy is a Record Label dedicated to Electronic, Hip Hop and R&B. We salute all artists of these genres and pay homage to the 2021 Juno Awards Nominees. As a Funktasy team member, I have listened to the nominated works of all the candidates of these genres. I breakdown these nominees and share my personal thoughts on them.

Electronic – Recording of the year

MINE – Felix Cartal, Sophie Simmons – A deceptively bouncy track speaking to the sad phenomenon of friends growing up and gradually losing touch with each other. That fleeting feeling of nostalgia of a simpler time, when you’re trying to catch lightning in a bottle.

BUBBA – Kaytranada – An impressive record that has a futuristic vibe and defies genre. It walks that fine line between being unique and interesting without being so unfamiliar sounding. The album art is as cool as the music. After pulling in two Grammys, this would be a fan favourite to win in this category.

Someone Else – Rezz x Grabbitz – Rezz and Grabbitz collaborate for this cool grunge-down tempo track. Reminiscent of Nine Inch Nails and some of the harder stuff you would find in Much Music countdowns of the past, coupled with that iconic Rezz sound makes this a track I thoroughly enjoyed.

Voices – So Sus – A 4 track EP that masterly dances between future bass and a moving vocal performance. Emotional. Raw. Each track features a different collaborative artist but there is a cohesion that makes this work wonderfully.

Dancing In The Dark – Frank Walker – A catchy track that has a little raw edge with a nice production. It is a beautiful song with well-thought melodies. Definitely worthy of a Juno Award.

Lavender God – Attlas – Attlas is an incredible storyteller. I have seen him perform several times all across North America and absolutely loved listening to this album. It reminded me of the best Attlas sets, where he takes you on a melodic journey then drops some absolute techno bombs on you when it feels so right.

Desire – Bob Moses – The Vancouver duo released their album in the late summer of 2020 based on all the various facets of the feeling of desire. Tom Howie and Jimmy Vallance have had great success with their Bob Moses project and this album is no different.

Suddenly – Caribou – Holy smokes! This album though… Most electronic music does not convey the same vulnerable emotion that might be found in “Softer” genres such as folk music. Easy to listen to, yet powerful. Such creative production that maintains its simplicity without it ever feeling thin.

Juvenile – CRi – Juvenile feels anything but. That dream-like synthy nostalgia of a futuristic past that is longed for without having ever really existed. CRi mentioned that this album is his “Ode To Youth” and I think that is a great way to describe it: a mature, well-thought-out look at naiveté of adolescence.

All the Time – Jessy Lanza – Poppy, housy, fun, unique. Jessy Lanza has a fresh sound that makes me think of what hypothetical pop stars of the future would aspire to sound like. Jessy makes it effortlessly sound so good.

Hip Hop – Recording of the year

Baby Gravy 2 – BBNO$ & Yung Gravy – BBNO$ and Yung Gravy collaborate for a follow-up to “Baby Gravy”. It is a fun listen that hits that sweet spot between comedic and lyrical. Groovy beats. Great punchlines. Undeniable chemistry. One of my favourite albums of the year. In the age of Instagram flexing it is refreshing to see some people not taking themselves too seriously.

Cold World – Eric Reprid – Eric Reprid waited right until the end of 2020 to release his incredible EP “Cold World”. The 8 songs are accompanied by 8 lyric videos that beautifully reflect the songs. A great soundtrack for a long and cold winter, to which Canadians are accustomed to.

Good Intentions (Brown Boy 2 Deluxe Version) – Nav  – One of the more connected artists in this category, Nav has several high profile features on the Deluxe version of “Good Intentions”. These include Quavo, Lil Duke and Young Thug.

ELEMENTS Vol. 1 – TOBi – This album is awesome. I have played it several times over now and it has not ceased to impress me. “Made Me Everything”, a song from this masterful album, is definitely a top pick for one of my favourite songs of the year.

New Mania – 88Glam – Toronto duo 88Glam dropped a huge 18 mixtape at the beginning of the summer. “New Mania” marks a new era of independence for Derek Wise and 88 Camino. 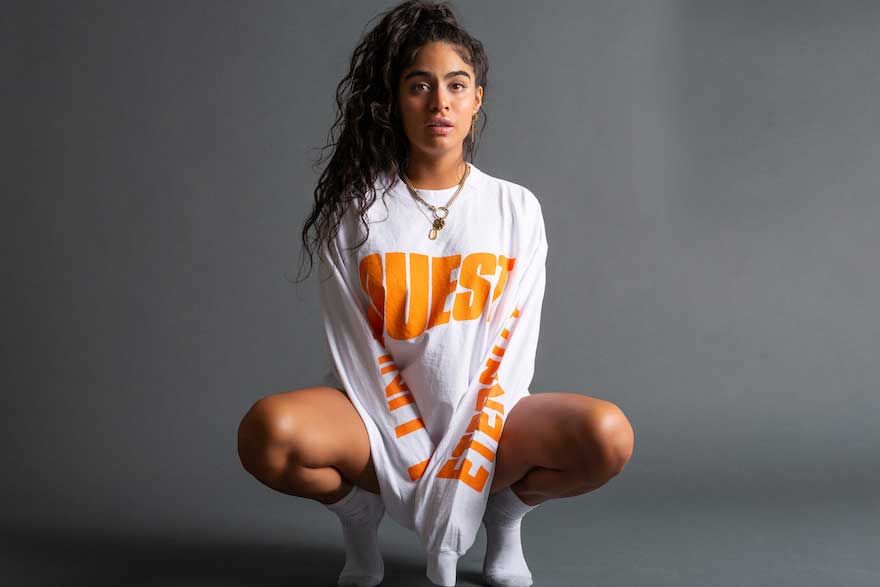 R&B – Recording of the year

BEFORE LOVE CAME TO KILL US – Jessie Reyez – Incredible performance by Jessie Reyez who explores both the good and bad sides of love. Hauntingly great song!

Where You Are – Savannah Re – I really enjoyed how this track had a modern sounding beat with what could’ve also been a killer hook in the early 2000s.

Solaris – Shay Lia – I think this might be my favourite entry to this category. Catchy & unique.

After Hours – The Weeknd – What a massive year for this incredible talent. Everything I have ever heard from him has been great and this is no exception. Absolute superstar!

Holiday – TOBi – For those who know me, I am a TOBi fan. Check out this track to see a great example of his range. Being able to MC and sing like that is out of this world.

Take Care of You (feat  Syd) – Charlotte Day Wilson – Such a smooth R&B song that has one foot in the classic sound, while the other is incorporating modern music sensibilities.

Proverb – Dylan Sinclair – Jazzy and dreamy yet astonishingly honest and vulnerable. Toronto’s Dylan Sinclair holds nothing back on this beautiful album.

Alt Therapy Session 1: Disillusion – Emanuel – I love Emanuel’s singing style so much. The way he dances along melodies is quite unique and satisfying. “Alt Therapy Session 1” is an appropriate title as his songs have a great feeling of catharsis attached to them.

In This Thing Called Life – IAMTHELIVING -Vancouver’s IAMTHELIVING brings stripped-down guitars and raw honest vocals in one of the more bluesy nominees in the category. Authenticity is LIVING and well.

Solid – Savannah Re -A classic love song with a bit of a modern twist is what Savannah brings with “Solid”. A great song to grab your loved one for an impromptu slow dance.

The JUNOS is not only a Canadian awards program, but it is also an international one that Canadians and international industry people look forward to. Canada is one of the biggest musical talent exports in the world and this differentiates Canada as a leading modern country that dedicates a support and appreciation network to its artists. Each one of the nominees have spent countless hours mastering their craft and sound. Even though there is only one award for each category, we are sure to see plenty of future hits and projects from most of the above artists.

If you’re an artist, producer, beatmaker and would like to submit your demo to Funktasy, please visit our Demo Submission page.