Porter Rich – Artist from the Bronx

This Funktasy Spotlight covers an interview with Porter Rich. Porter Rich is all about putting the work in. The young Bronx rapper and DJ was a nominee for the Underground Music Awards’ “Best Live Performance” while he was still a mere teenager, and ever since, the hip-hopper’s shown no signs of even thinking about slowing down. Besides, age is just a number when you’ve harnessed the street wise maturity that earns the respect of people even twice your age.

Porter Rich just may be the next big thing in the trap-tinged arena of contemporary rap, and he certainly knows it. “Tryna get the milly on,” he spits at a midway point in his audacious new single “Looking Up,” out August 30th by Funktasy. Skyward his gaze is directed, indeed — and with dreams so grand, Porter Rich may just find the elevation to reach them.

I caught up with the rising New York rapper, dripping with aplomb and the sweat of his hard work, to talk about his humble beginnings, his lofty plans for the future and his recent sign to label Funktasy.

How did you get started out as a musician?

My sister Shari, aka “Silk,” was also a rapper and started teaching me how to rap when I was 3 years old. When I reached 5 my dad noticed that my siblings and I were into rapping, so he created a group with my 2 brothers and I called “The Three Angels.” That’s how I came up in the music business.

Who are some artists that inspire you?


What has been your best experience performing live?

When I was 9 years old and about to go onstage at the great Apollo Theater in Harlem, New York, I rubbed my hands on the stage, and as I touched it something strange ran through my body. From that day on I’m most comfortable on any stage, big or small.

Do you think being NYC-based affects the way you make music and the opportunities that come your way?

Anywhere I go, I make good rap music; being from New York City doesn’t make any difference to me and the rap game doesn’t get any easier because we’re from New York. 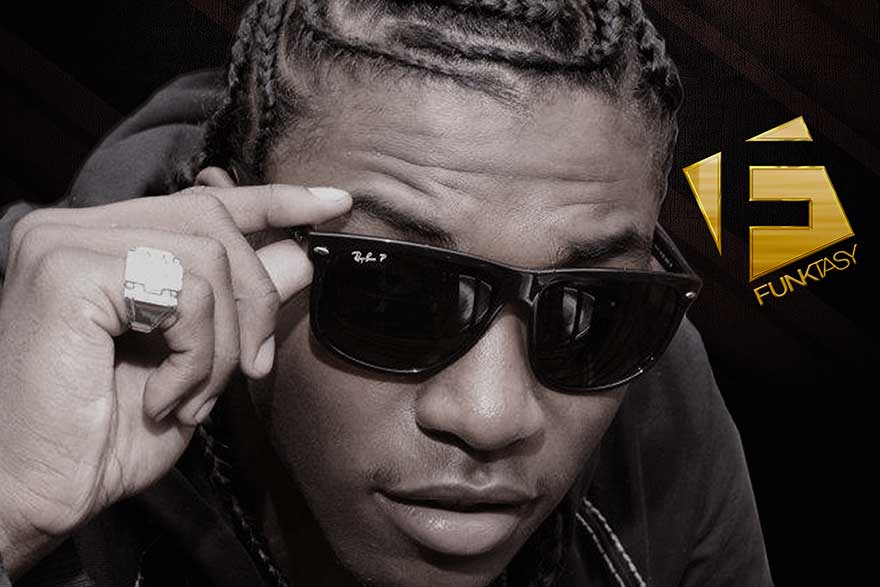 What are some barriers you’ve encountered as an up-and-coming musician?

Meeting a lot of fake people who say they can do this and do that — but never came through, took money from my dad/manager and I, and did zero to help my career.


Do you have a favourite song from your own oeuvre?

Yeah, my hot hit singles “Whip IT” and “Looking Up” are my favorites for now, until I come up with better ideas.

Which artist would be your dream rapper collaboration?

I would really like to do a collaboration with Jay Z.


Where do you envision yourself and your career a year from now? 5 years from now?

A year from now the reality show I’m working on will be a hit. Five years from now I’ll have some Gold and Platinum records under my belt.

Do you have any advice you’d like to offer aspiring hip hop artists?

Follow your dreams and know that a hit track doesn’t come overnight. It takes a lot of hard work, day in, day out, to be successful in this rap game. Nobody’s going to hand you anything, so you’ll have to get out there and take what you need to brand yourself as the next big thing in the hip hop world.

Shoutout to Funktasy for this great interview, many thanks to my fans who come out to my shows and buy records to support my movement. Stay Bless everyone.