This Funktasy Spotlight is about Entertainment law and a chat with entertainment lawyer Mark Quail. Mark has been a lawyer since 1990. His practice is restricted to music and new technology licensing-related matters. Prior to becoming a lawyer, Mark worked as a band roadie and music journalist.

Mark’s work in the music business includes negotiating and drafting all manner of music agreements such as recording contracts, music publishing contracts, film and TV composer contracts and management contracts, both domestic and international. Mark served as executive producer on the soundtrack album for the two-time Oscar nominated film The Sweet Hereafter. In previous years Mark has represented such electronic music institutions as Beatport and Digitally Imported (streaming radio). He currently advises leading electronic music stars such as Richie Hawtin, Dubfire, Art Department, John Acquaviva, Matador, Pleasurekraft, Mathew Jonson and Shaun Frank. Mark currently sits on the Advisory Board of the Association For Electronic Music.

He is a co-author of the legal text books “Entertainment Law in Canada and Canadian Forms & Precedents – Information Technology & Entertainment”. His podcast “The Music Law Podcast” (available on iTunes) is trendsetting. He appears, regularly, as a panelist or moderator, at various music industry conferences including ADE in Amsterdam, Winter Music Conference in Miami and the International Music Summit in Ibiza, Spain. He has lectured academically on music business matters at Toronto’s Trebas Institute.

What does a typical work week look like for an entertainment lawyer?

The typical work week for an entertainment lawyer involves drafting and negotiating contracts. These can range from one page to sixty pages. The time spent will include a lot of emails and zoom/skype calls with clients and the lawyers for the other side in order to sort out deal points and then refining the language to be included in a final version of contract. Performing all those tasks quickly and efficiently requires the lawyer to know the impact and meaning of every single clause in the contract and all the variations of those clauses that could be of assistance to the client. While a contract might start off as a “standard contract” by the time an experienced entertainment lawyer is done with it, it should be complete with state-of-the-art terms that reflect the business realities at the time the document is executed. What does all that mean in English? It means I spent a lot of time at the computer.

What can an artist expect from an entertainment lawyer?

Your lawyer should be your guide and protector through the business jungle of the entertainment industry. Think of Virgil leading Dante through the Inferno to use an example from classic literature. Your lawyer’s job is to know the ins and outs of the business so that you, the artist, can continue to spend the time you need to hone your craft. Because of that, an artist should look for an entertainment lawyer that they can trust and that they feel understands what they, as an artist, are doing. Your lawyer should be open and clear with you about the situation you’re in whether that is signing a contract, getting out of a contract or simply deciding what to do next in your career.

What are the major legal changes in the entertainment industry since the birth of digital streaming platforms – both for labels and artists?

I won’t focus here on “legal” changes so much because they are complicated and somewhat boring for the lay person. I will focus on the main “business” changes which have been profound since the advent of streaming. In retrospect digital downloads whether it be via iTunes or Beatport seem like the simple change of format that they really were, very similar to the transition from vinyl to tape cassettes to CDs. Every format seems to run its course and the various digital file formats were no different. Beyond all the obvious changes like the disappearance of the sales of records in physical formats being sold in mass quantities, the biggest transformation in my mind has been the shift from a record company being focused on manufacturing and distribution and, most importantly, collecting monies from retailers, to the new job of marketing and promotion. Whether a label is up to the task of marketing and promoting music should be one of the first considerations an artist gives when looking to sign to a label. There is so much music released these days that unless the marketing is pervasive and profound your music is going disappear without a sound.

Many producers sample instruments and vocals from past releases. What are the laws in regard to sample clearance and sampling in general? Are these laws territory specific?

Sampling is the term given to the practice of incorporating somebody else’s intellectual property into a new piece of intellectual property. The laws on this do vary from country to country but the bottom line in most common law jurisdictions (like Canada, the United States and England) is that you cannot exploit another person’s intellectual property without their consent. In the realm of sampling there is no minimum amount you can use without needing permission. I often hear the question, “Can I use 4 bars or less?” or “Can I use a few seconds without requiring a clearance?” The answer is no, you can’t use even a minimal amount without getting a clearance. Now, I am aware that there are loads of tracks out there on all music services that contain uncleared samples. This does not mean those tracks are legitimate, it means they just have not been caught yet. Releasing a track with an uncleared example could attract anything from a simple takedown notice to a full-blown lawsuit claiming a high dollar value damage claim. Either way it is something most sensible artists do not want to have to deal with. Why put in all the work if your track simply gets removed from circulation and nobody hears it or worse a massive claim where you end up having to pay a lot of money? If you have a track that you have faith in, clear the sample. There’s a variety of strategies to use to accomplish this. Either hire a lawyer or use a sample-clearance company to help you with that.

You’re also an artist and a producer and have released quite a few Techno tracks. How has this experience influenced your decision making as a law practitioner? 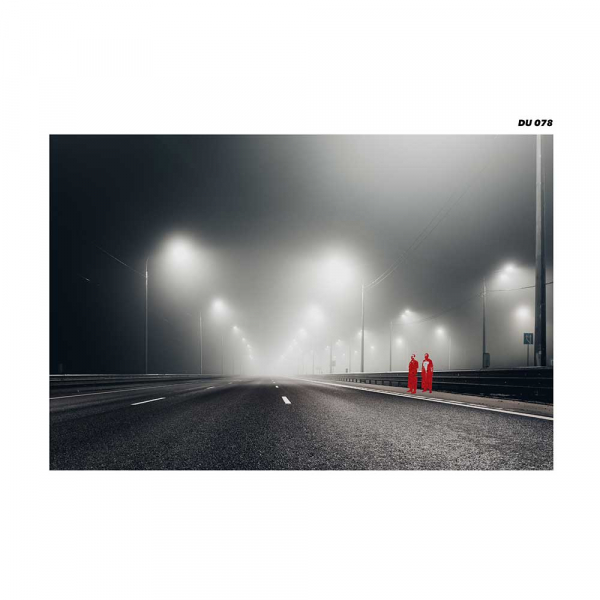 There is no question that my understanding of studio production has assisted when providing advice to clients of my law practice. Take sampling for instance. When a client plays me a track containing a sample and explains to me what they have done to change the parameters of the original sound, I’m in a position to understand exactly what they’ve done and provide legal advice that matches the reality of production and the reality of the current law. Understanding music production also helps generally when dealing with film & TV composers who are required to deliver certain things when scoring A/V projects. Creating music is also just plain fun and artistically fulfilling so I get benefits from spending time in the studio on a number of levels.

In your opinion, as a result of the current global pandemic, how will legal agreements drafted between event planners and performers change in the future?

It’s hard to say exactly what will happen because so much of what the end story will be is still unclear as of Winter 2021. Various news outlets have reported that certain large concert promoters are looking to reduce the upfront guarantees payable to the artist. Whether that will apply in the electronic music sector for smaller promoters has yet to be seen. That is somewhat of a different business because those promoters are not dealing with large nationwide tours. If promoters are too aggressive in trying to protect themselves from losses due to cancellations for whatever reason that might open up the market for promoters who are willing to take a chance and negotiate different terms with the agents.

Regarding other business areas, very close attention will be paid in the future to the “force majeure” clauses in live performance contracts which was something lawyers only paid brief attention to in the past. Right now, it’s hard to say what the future will hold because the landscape for live performances is still on the distant horizon.

Then there are legal liability issues for the promoter and the audience. There’s a requirement to provide a reasonably safe environment for the event. We don’t know if vaccine passports are going to be required and all of that will have an effect on the size of the audience that any promoter can attract to an event. As far as the contracts the promoters have on the food and beverage side, one has to figure those will change with these new concerns over health.

With the emergence of many phony online record labels, how should artists protect their demo submission?

There’s no easy way to do that. You have to do your research and determine whether the label actually has a track record of releasing records, promoting them and paying their artists. That research could take any number of forms including online searches, participation in Reddit forums and conversation with your peers who release music in the same genre.

Like I mentioned earlier, the future of record labels is in effective marketing. The one job that hasn’t changed is that of discovering great music. But after that, the label better know how to promote online effectively and efficiently in order to get maximum exposure for the marketing dollars spent. The label should be attuned to market trends and find ways to exploit their artists music in every way possible.

What are your future projects both as a lawyer and an artist?

On the lawyer side I’m continuing to negotiate the flood of producer agreements and music publishing agreements that have been coming across my desk recently. My music publishing company that I co-own with John Acquaviva, Q&A Music Rights, continues to collect songwriting royalties for our clients and we’re making sure they are getting paid the money they need to get through this pandemic.

On the artist side, my next track is coming out on Dumb Unit in the next couple of months. I’m looking forward to releasing on that label because the owner Jeremy Caulfield is a recording artist I admire and I have known him for a long time. On top of his own releases he’s had records from Jason Patrick and Maetrik so I am glad to be joining that group.