Rave Culture – A Creative Hub of Fashion and Music

Sunglasses at night, chains, rings, fishnets: these eccentric style choices probably bring a specific subculture to mind – Rave culture, where the parties are wild and the outfits are wilder. Body jewellery, plastic, nylon, and neoprene live alongside BDM inspired leather-attire, while others prefer to attend with no clothing at all. It is fair to say that most would find rave fashion to be outrageous, at best. But why is it so normalised within rave culture?

The beginnings of rave culture

A Rave party is an event which brings together people who are interested in listening to EDM music, exploring spirituality and sexuality (sometimes through the use of psychedelic drugs, such as MDMA and LSD) and dancing until the early hours. Rave culture began to grow in popularity within the 80s, 90s, alongside growing controversy, public backlash, and legal repercussions. Due to the subculture’s infamous reputation as being anarchic, drug-fueled, and sexually devious, the illegalization of underground warehouse parties (which were integral to the popularization of EDM music and culture) began to take hold. The public opinion was clear; rave culture and the parties that came along with them, were “sinful”. They represented a threat to 1980’s conservative values, giving the youth a place to take drugs and explore their sexuality without fear of consequences. Despite the backlash, rave culture continued to grow, as it represented freedom, a place where people who did not fit into 1980s Reagan Conservatism could explore and accept each other the way they truly were. As EDM music has become more mainstream, rave culture has grown into a rich subculture and has evolved to be inclusive towards EDM lovers and novice listeners, just there to party, alike. As rave culture has evolved, more and more variety has started to take hold within it. Many subcultures of the subculture itself have emerged. An example of this includes fans of Gabber, who differ greatly from ravers who listen to industrial Techno music. While the musical aspect of rave culture is incredibly important, this article will mostly focus on the fashion styles encompassed within underground Techno culture (think the opening scene of Stephen Norrington’s 1998 movie Blade) 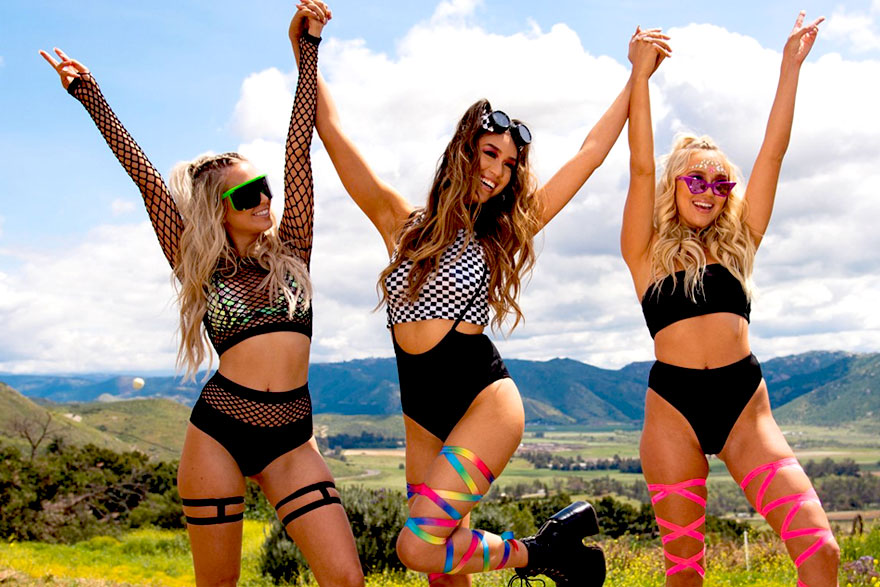 The impact and influence of rave culture

Underground Techno culture has become increasingly tied to American culture due to its popularization, but it originated in European capitals such as London, Amsterdam, and more importantly, Berlin. Berlin has been integral to rave culture from the start, with notorious nightclubs, such as Berghain, boasting the most exclusive guestlists for raves in the world. If you would like to have a clearer idea of what real underground Berlin ravers dress like, French photographer Sabrina Jeblaoui captures the aesthetics of rave culture on her Instagram page @NachClubsBerlin, where she posts pictures of people leaving clubs from all around the city. She also takes pictures of people coming out of Berghain itself, which, as previously mentioned, is one of the most inaccessible Techno clubs in the world. This club prides itself on the importance of its attendees’ fashion sense and they will turn people away, on the basis of their clothing alone, if they do not feel it fits the Berghain aesthetic. The niche appeal of rave couture has eluded many designers, while others have taken it on as a challenge. Some fashion designers get inspired by the rave culture, like Matthew Williams who is set for his Givenchy’s digital presentation and Dior fashion show “Hardior” in 2017, were meant to emulate a Techno concert both in style and atmosphere. Brands, such as Vetements and Gosha Rubchinskiy have followed suit as well, following rave fashion trends and adapting them to their own clothing lines. It is important to note that underground Techno culture is often associated with the LGBTQ2S+ community and that the fashion trends and rave culture as a whole, is representative of this. As a result, many EDM and rave events associate themselves as queer and libertarian spaces. The rave community has always been known for being eccentric, unique, inclusive, and rebellious. These values have carried over into all aspects of the culture, including fashion, which explains a lot with regards to the colorful and unconventional outfits found at Techno parties.

To conclude, ravers have faced backlash and legal restrictions since the emergence of rave culture. As a result of this, rave culture has evolved to be illusive, underground, and hidden. To this day, rave culture remains one of the most pervasive and popularized musical and stylistic cultures of all time. Rave culture and the events that stem from it, allow people to find a community in which they feel truly able to be themselves, free of judgement, both within their fashion styles, sexuality, music tastes and spirituality. It is a way to truly explore and find yourself without fearing the consequences, as many others within the community are also invested in self-discovery. Techno parties are the only place for some people, in which they feel they can be free. It is only natural that this freedom is expressed by their outfits, as fashion is and has always been above all else, a form of self-expression.