The Legendary Roland TR-808: An Impact as Big as its Bass

Since its creation in 1980 the Roland TR-808 has had a monumental impact on music. There had existed a few drum machines at the time but this was the first one where you could actually program your own drum patterns. On top of that, the drum sounds were not actual drum samples but were drum sounds made by a machine. This unique, futuristic sound initially was not embraced but fast-forward 40 years later, the 808 has become such a cornerstone that those sounds are now staples of several genres. I did not realize how much impact the 808 had for me personally until I put this article together, and I will highlight several songs from my life that feature the 808.

Ahead of its time

It feels almost like fate that the TR-808 flopped right away, because it started out as quite expensive to purchase new, at approx. $1200 per unit. The sounds were not familiar, and drum machines in general were a very niche items to begin with. People can wrap their heads around the fact that music is always evolving but at least in the 70s the drums actually sounded like drums. Listeners were not quite ready for space age sounds, or what extreme critics wrote off as “toy robot drums”. A lot of these ended up in pawn shops for around 10% of the original price.

That meant that they ended up in the hands of a lot of young people, who either listened to Hip Hop or Dance music. Pioneers of Hip Hop and Techno both relied on the 808 to define their sound. Their art was informed by the tools they had, and they had just found an instrument seemingly dropped from a spaceship. This was not just an important drum machine in the 80s though: the roots of the 808 runs deep through all genres and eras of Hip Hop, with major releases from each decade prominently featuring the 808.

By 1982, the 808 was ready to go pop. That year would see two massive tracks that featured the once-outcast drum machine. Those were Afrika Bambaataa’s Planet Rock and Marvin Gaye’s Sexual Healing. These superhits introduced the 808 to the mainstream and before long, it was featured in Whitney Houston’s I Wanna Dance With Somebody.

The Sound of The Future

In the early 80s, Detroit high schooler Juan Atkins bought an 808 and began playing live shows with it. Performing in a duo called Cybotron, their song Clear began the love affair between the 808 and electronic dance music. It has been sampled so many times, it was cool to find the original. I hate to say that I immediately recognized it from the theme to Jersey Shore and not the Missy Elliott song… I love Atkins’ perspective on music synthesis: that people looked at it in a negative light as “duplicating” when really it means “creating”. Richie Hawtin aka Plastikman, carried on the legacy of the 808 in techno into the 90s and could make entire tracks using only the drum machine.

When I first started learning to produce music myself, I found the preloaded 808 drum rack in Ableton and realized that I recognized those iconic sounds. The gigantic kick that feels like a missing puzzle piece for every speaker you might encounter. The cowbell that does not really sound anything like a cowbell, but it makes me feel like I am riding shotgun with Dr Dre. That clap and snare that are so satisfying.

I did not realize until working the 808, just how much this drum machine has provided a soundtrack for my own life. Here are a few tracks featuring the 808 that did it right. A lot of the same tracks will turn up on most of these lists online, and for good reason, but in straying from the beaten path I rediscovered a ton of old favourites.

This track is a dance classic. I had a weird “full circle” moment with Set It Off because it was in a basketball videogame I used to play with my brother as a kid. Then, maybe 15 years later, right after my first live DJ set, the headlining DJ played this song.

I was too young to be aware of this release when it came out, but after seeing Hardball with Keanu Reeves, I made sure it was on the next mix CD that I made. The first Biggie song that I really dug into.

Space Jam was one of the first movies I saw in theatres when I was a young child, and I owned the soundtrack with this on it. Then 20 years later I see Yolanda Be Cool preview their remix of this in Orlando and ended up playing that at all my DJ sets for the next year!

Still one of my favourite songs ever. Still as relevant as ever. Incredible song with an incredible message that I have been listening to for 20 years. Still I see no changes…

One of my first friends in high school to get his own car had one of those massive, expensive stereo systems installed in it. We would drive to lifeguarding and he would play this tune so loud it shook everything. It uses that booming 808 bass so perfectly that pissing people off in an old Tercel is kind of worth it.

The first university house party I ever went to, while still in high school, I heard this song playing. I remember thinking “ahh so this is that SexyBack song everyone is talking about”. Played at every dance I have been to since and every nightclub I have bartended, Timbaland crushes it with the 808 in this track.

Vaporwave/Trap artist Blank Banshee has become one of my favourite artists, he has a trappy chill hop sound and uses really interesting samples in a natural, musical way. If you know about Simpsonswave, you already know what I’m talking about.

On the shortlist of my favourite songs from what turned out to be Daft Punk’s final album. It just feels so right.

In pretty much all these songs, I was a naïve listener for a long time before I realized how truly ubiquitous the Roland TR-808 actually is. I suggest you take a dig through your favourite tracks to see how many of them contain this incredible drum machine. It has been a staple of both Hip Hop and Dance music for 40 years. 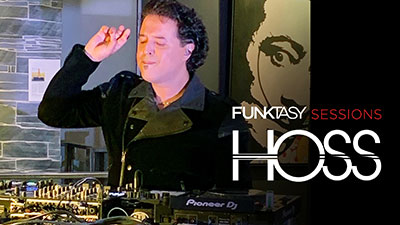