Squire, a Formula 1 driver turned DJ/Producer, is a Deep Tech House artist with an amazing story. DJing since he was a teenager, Squire followed a career path that is one of a kind. Between 2009 and 2011, Jaume “Squire” Alguersuari spent his time behind the wheel of a Formula 1 driving for Toro Rosso but the firm grip of a music passion steered his career away from the race track to behind the decks. Squire talks more to Funktasy Magazine about his career, his music and his future projects below.

Squire “True Religion/Glowing” is Out Now on Selador Recordings. Get it on Beatport.

What is a daily routine for Squire?

Hi! Thanks for the interview, happy to talk to you!

I start every day with an early wake up around 7:45, high interval training for 20 minutes, a very very cold shower and a very very nice breakfast. After that the day becomes much easier ☺

What initially motivated you to become a race car driver?

To drive! It is a privilege to work on something that you love and that you feel passionate about. I was enjoying myself smiling inside the helmet since the first day and I was very lucky to be doing that as a job. I try to look for passion and love for the things you intend to do, so then you have more chances to succeed if you really push yourself and work hard.

With a big possibility of a bright future in Formula 1 racing and having been the youngest driver to race, what made you decide to divert your career and focus on music?

To make music! ☺ Once I stop smiling behind the wheel I realized life is a book full of chapters yet to be written. I finished a period of racing chapters, and I was thrilled to challenge myself to start a new chapter in music. The question was very simple. What do I want to do with my life? Where do I want to go? I didn’t feel I could grow any more in racing and I had a lot to learn in other areas of my life specially in creating music.

How do you compare the Formula 1 industry to the music industry?

Well they’re not very far apart at the end of the day to be honest. Sure racing is a competiton while I dont think music is, however, teams could be seen as record labels or publishers or digital platforms while drivers are sometimes marketing objects named like artists to play with …

Your new single “True Religion” just dropped on March 19th. Tell us a bit about it?

I made this song during the lockdown, I made a lot of music during the lockdown and this one was one of the few I had as dancefloor music. I came up with the bass melody after jamming around with my Moog Voyager which is an amazing piece of gear. It’s actually the first time I used it for a dancefloor track and I felt the groove right from the beginning. The vocals came directly from Joseph de Natale who is a country music singer from Nashville, a super talented guy and I’m keen to work on more stuff with him for sure! 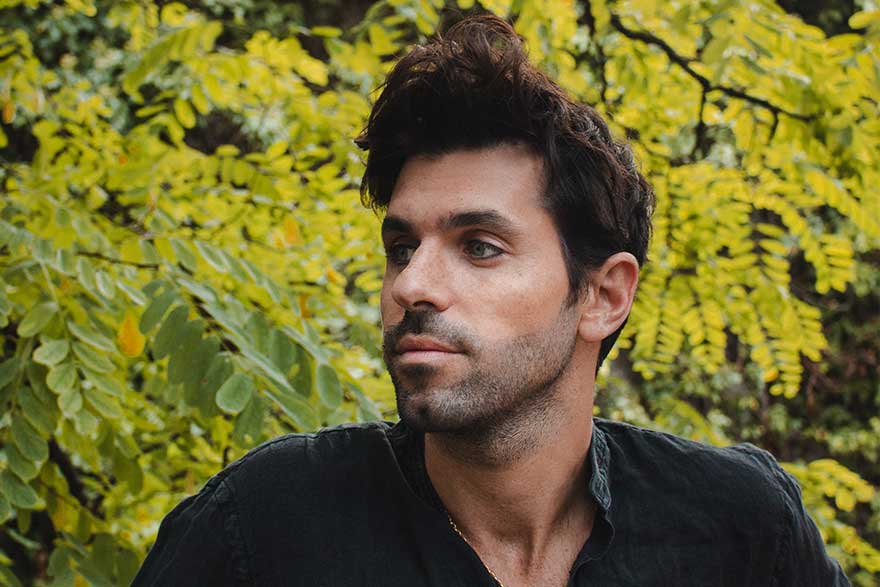 What are your inspirations for creation of your progressive house sounds? Do you work in the box/analog/hybrid?

Yes, I try to alternate both virtual plugins with hardware stuff! I have a lot of fun with music and as soon as I’m not enjoying it, I go somewhere else to clear my mind. It’s very important that you put love and energy into making music. The creative process for me is the most interesting one, you will feel that whenever you play your music live to people and see their reaction!

Your bio states ‘DJing since the age of 15 in Ibiza…’ How have you evolved as a DJ since then? Are your sets pre-planned or do you free-style?

I’m not sure how much I have evolved, I’m not even sure if I did evolve ☺. I don’t plan any set, I try to feel the moment and whatever I feel in that specific moment there’s a little voice inside me making me play a certain tune. Even if it has nothing to do with the previous one, I’m thinking inside me I’ll take a risk and play it… that normally works and if it doesn’t that’s part of being a DJ right?

What can we expect next from Squire?

An album on Mobilee for early September! It’s my first album which I’m so much looking forward to – also starting a new label called Anims with hopefully so much surprising music to come!!

Squire really has a distinctive story that is well worth sharing. From driving race cars to being a talented DJ & Producer, this artist has a lot to show for himself. This was just a fraction of Squire’s loaded personal history but his story is ongoing… with a new album on the way, we are sure to hear plenty from him in the near future.