Funktasy Spotlight presents an interview with Mark Knight, world-famous DJ and the man behind Toolroom Records. 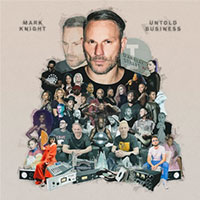 Mark took the time to have a chat with us over the phone from United Kingdom elaborating on his new album “Untold Business”, his record label and his future plans.

What is a daily routine for Mark Knight?

Right now, there’s a lot of promo. Lots and lots of interviews. There’s a lot of work around the album, it’s crazy how much work is involved to get a project of this scale off the ground. So right now, the day starts with a school run, gym in the morning and then out for promo during the day. Not too much studio at the moment because I just wanna focus on this. Then at night time, I’m either playing football or watching Euros.

Your new album, the album cover gives away the amount of people involved and the extent you went through to create this album that involves people more than computers. How was it all planned?

My decision for what I wanted this album to be is a bit of my reflection of everything that’s kinda reached me from when I was a kid, growing up and right through to now, though it’s reimagined, the way I see it, through the medium of House music. I wanted it to be an album with an old fashion sense of the word where it is a really collaborative effort by a producer and not just a guy settling behind a laptop making music when he has some spare time.

I really wanted the whole process to be very organic, much like how you’d write an album back in the day, without trying to sound too “grandiose.” Sort of like what Quincy Jones would do, you know? He had a vision for an album that he wanted to make and he would cast/pull all the talent he thought was right together for the project and steer the ship that direction. So, I wanted the album artwork to reflect that. It was really made in that context.

Everything’s Gonna Be Alright with the London Community Gospel Choir, your reasoning behind the recording of the song is pretty evident. Now that it’s released, do you think it’s doing what it was meant to do?

Yeah, it’s had incredible success here in the UK. yeah, I think it has. I think it’s touched a lot of people. You know, I’ve never released a record where I had so much feedback from friends, people I know just genuinely moved by the record. That’s what it was supposed to do. It drew a lot of influence from records from back in the 90s and I felt the world was ready for another record like that with the timing and where we are at right now. So yeah, I think it set out what I wanted it to achieve. It was written with a specific message in mind of hope and happiness.

Is this album your attempt to Post-Covid remedy?

Well, I think in some respects, it’s timely for where we are right now. When clubs come back, I think the project I made may get lost in the juggernaut that is clubs coming back because attention will be shifted to that.

I wanted to write an album because people had more time, they could listen to the album from track 1 to 13 and not skip because they weren’t in a rush. It’s really not an album with 13 club bangers. I wanted it to be released within a time frame when people genuinely had more time to listen and take on board a project like this, not just skip through to the club bangers. It was supposed to be a piece of music like in the old days when you’d buy a vinyl and listen through all the way to the end, turn it over and listen back again. That’s the manifesto I gave myself when recording this album.

ToolRoom has grown extensively over the years and this is in part thanks to your family working at the label since beginning. How is it starting a label so closely with your family?

It would get heated hehehe. But ultimately, they do have your back. You can have these incredible moments, you know, me and my brother would be in meetings and we would be literally fighting each other and all the kids would be in the office with their heads down. And then we’d finally come back to each other realising we weren’t sure about what the one other said. You know, we’re all doing it with so much passion to succeed yet we do sometimes see in polar opposite perspectives. I’m much more creative and he’s much more business orientated so sometimes that causes an issue but ultimately, I think working with your family is all I ever dreamed of really. It’s a magical thing but it can really have it’s challenges. 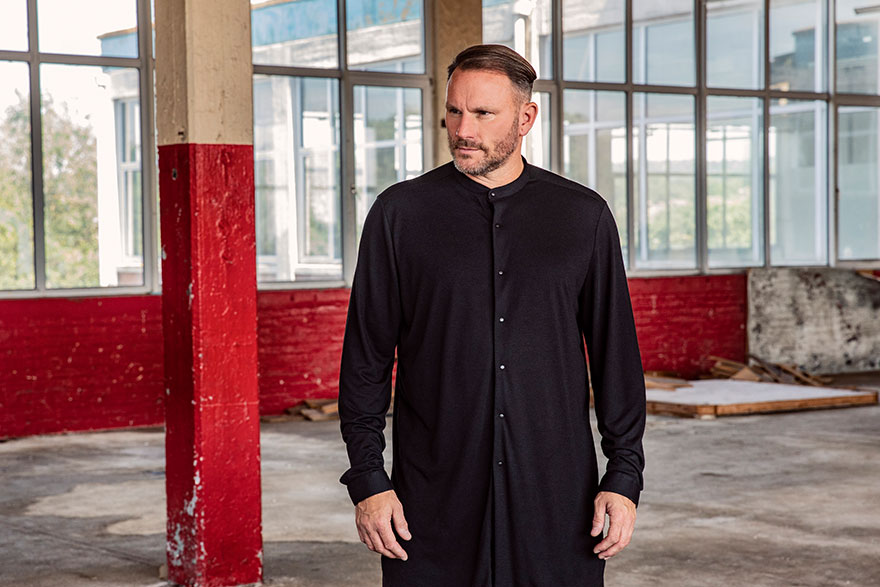 ToolRoom going commercial and breaking onto the US market, how is that going for you?

Yeah I think what we did do, even pre-covid, we were discussing how there was a lack of originality of songs primarily on Beatport and others. We told ourselves “look, as a business, we have a responsibility to leave something that’s more than just a 6 minute instrumental every week.

In our scene, we have the obligation to create the evergreen record where we can sit back in 10-15 years and go ‘wow this still sounds great.’” So before covid, we took this on as an idea to beef up the release schedule with more songs and a lot of writing camps with specific directions we want to achieve. And then the pandemic came along and we saw this as an opportunity to really move into that world. We’re still entrenched into the clubs, that’s always what we’ll be about but it’s prudent, at the moment, to stay flexible in terms of what we release.

Of course staying within the parameters of what you stand for musically but perhaps shifting to something that’s more radio focused in the short term. Strategically, it made more sense, with clubs being closed, that we appealed more towards radio friendly records. In fact it was also our most successful year to date.

ToolRoom Radio is almost at its 600th episode. Do you find people are coming back to podcasts & radio shows with the boom of live streaming?

Well I think radio shows had a terrific renaissance as it was one of the only touch points for electronic music. You know, with no clubs and events going on and you are genuinely passionate about electronic music, that’s how you find new music, that’s how you discover news sounds. So radio has had a real renaissance so we put a lot of effort into making sure our radio is as good as it could possibly be. So with all those factors that add up, we were in for a really good year. I think it’s great that radio has had the spotlight put back on it because in my mind there’s nothing better that a selector/DJ takes the time to build their music library through that human interaction with someone on the radio who’s dedicated their life to that type of music and I think that’s just magic.

What can we expect next from Mark Knight?

Well I’ve got some awesome club stuff coming out in the later part of the year with another club EP coming out on ToolRoom Tracks. In the short term though, it’s all revolving around the album and pushing hard one of the album singles You Saw Me. That’s my focus at the moment and then an album #2 coming out around January of next year. Everything is pretty much mapped out until Q1-Q2 of 2022.